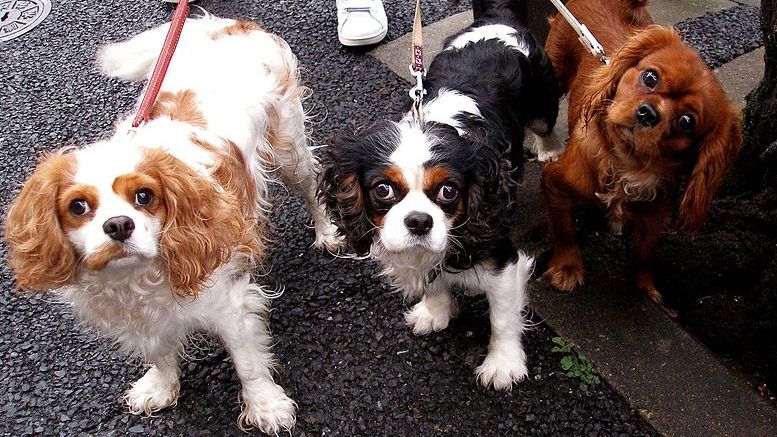 These are not just any animals, your Honor (image: tanakawho via flickr)

Hot off the fax machine is this new pleading, filed on August 28 in the Supreme Court of Florida by a plaintiffs’ attorney in Miami. Petitioner faced a deadline to file a response to Respondents’ motion for rehearing, but events beyond her control had conspired to make meeting that deadline impossible.

First, Tropical Storm Ernesto was then bearing down on southern Florida, and the area was under a hurricane watch at the time. Because of that threat, “undersigned counsel and their staff have prepared today and plan to prepare over the next two days for a possible Hurricane.”  That seems reasonable.

Second, counsel informed the Florida Supreme Court, her dog had just given birth.

Therefore, she wrote, “[i]n addition to the normal preparations for her family and office, undersigned counsel has seven puppies (born to her King Charles Cavalier) that are dependent upon her and additional preparations are needed for the possible Hurricane.”

Ah, yes. The King Charles Cavalier, or as it is actually known, the “Cavalier King Charles Spaniel.” An “active, graceful, well-balanced toy spaniel, very gay and free in action; fearless and sporting in character, yet at the same time gentle and affectionate,” saith the American Kennel Club. “Suffers from a number of severe genetic defects,” says the less sentimental Wikipedia. Among the said defects are mitral heart valve disease, from which virtually all Cavaliers apparently suffer, so it is not impossible that additional preparations would in fact be required to get seven Cavalier puppies into their iron lungs, ready to ride out a possible capital-H Hurricane. Why the Florida Supreme Court would be inclined to care about any of this is another question.

Surprisingly, the brief did not go on to explain that the breed is named after King Charles II of England, who had a pet spaniel when he was young, and made it essentially the Breed of the Realm when he took the throne. According to Wikipedia, KC2 “went so far as to issue a decree that the King Charles Spaniel could not be forbidden entrance to any public place, including the Houses of Parliament.” I just hope plaintiffs’ counsel reads this paragraph, so I can look forward to a “Motion to Admit Seven King Charles Spaniels to the Bar of the Florida Supreme Court Pursuant to Unrevoked Edict of King Charles II.”