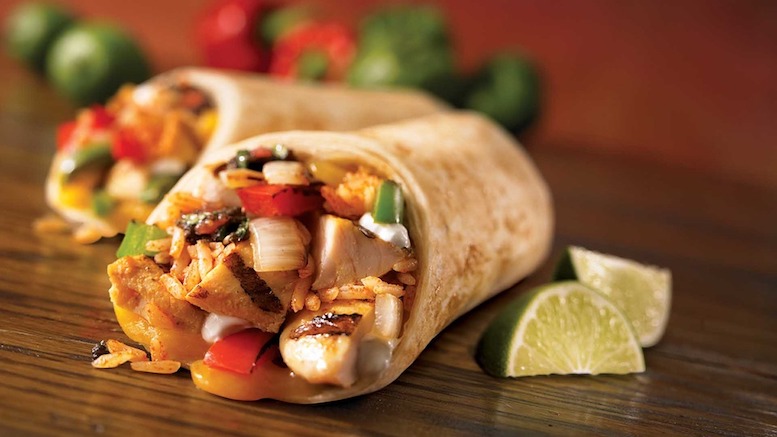 This is not a sandwich

A Massachusetts judge has resolved a long-standing and bitterly disputed legal question by ruling that a burrito is not a sandwich.

Not since Bush v. Gore has the nation been riveted by such a close question, disputed between two such closely matched entities, with so much riding on the outcome. Although had the sandwich not insisted on sighing loudly everytime the burrito said something stupid in the debate, the issue might never have been before a court in the first place.

The dispute arose because the Panera Bread Company’s Shrewsbury location has a clause in its lease that prevents the White City Shopping Center from providing space to any other “sandwich shops.” In what was either a highly clever exploitation of a legal loophole by talented lawyers or a failure to read the lease, White City signed a lease with Qdoba Mexican Grill. (Considered but rejected at this point: a number of joke analogies to current immigration controversies.) Panera sued to enforce the sandwich-exclusion clause, which placed the issue of what constitutes a “sandwich” squarely before Superior Court Judge Jeffrey Locke.

“A sandwich is not commonly understood to include burritos, tacos, and quesadillas,” wrote Judge Locke, since the latter “are typically made with a single tortilla and stuffed with a choice filling of meat, rice, and beans.” As I have not yet read the decision itself, the use of the word “choice” may indicate some anti-sandwich bias on the judge’s part or it might simply be a description of the evidence, which was extensive. Judge Locke received testimony on the issue from expert witnesses including a Cambridge chef, a “former high-ranking federal agriculture official,” and a number of other unnamed “food experts,” as well as consulting Webster’s Dictionary.

Expert chef Chris Schlesinger may have turned the tide for Qdoba with his dramatic affidavit testimony. “I know of no chef or culinary historian,” he stated, “who would call a burrito a sandwich.  Indeed, the notion would be absurd to any credible chef or culinary historian.” I doubted there was such a thing as a culinary historian until I remembered France, but this testimony still seemed vulnerable to a counter-affidavit from an incredible chef, but I guess Panera was not able to find one of those. Which is troubling, because the ruling’s narrow definition of “sandwich,” while providing a bright-line “one-slice-or-two” legal test, simply ignores reality. 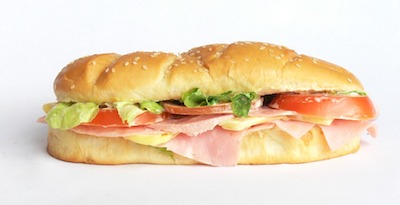 This is a sandwich

This food item would generally be understood to be a “sandwich,” and yet is made with only one slice, a bun or loaf of bread that has been split to allow the filling to be placed within it.  (Okay, I guess you can’t see that in this picture but I will put it in my affidavit.) The “single-slice test” therefore is not a valid distinction, ignores the vital issue of the topology of the wrapping, and would lead to absurd results such as there being no distinction between a burrito and a taco. I know of no credible chef or culinary historian who would call a burrito a taco.

So, I assume the ruling will be appealed.  For now, it leaves Qdoba (owned by Jack in the Box Inc.) free to compete with Panera at the White City mall.