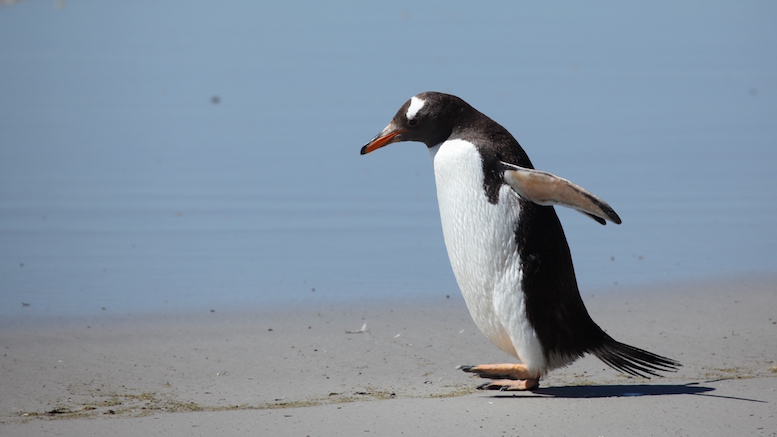 The Kansas City Star reported yesterday that authorities in the suburb of Gardner, Kansas, were investigating reports that a man showed up at an elementary-school basketball game and disrupted it by insulting the children.  He also scuffled with coaches and parents.  A city administrator was quoted as saying the event involved someone being overly aggressive and loud, and that officials were conducting interviews to determine exactly what had happened.

Among their questions may be “why the man chose to dress in a penguin suit,” which the Star said was not known at press time.

Based only on the color scheme, it may have something to do with the fact that the man was a former referee for the city’s youth-basketball league, who was banned from working fifth- and sixth-grade games after complaints that he let the games get too rough.  Apparently, the penguin’s insults were directed at the team who had complained about him.  He was not identified in the report, but witnesses have said that they recognized the former referee when he made the poor decision to remove the head of his penguin suit.  This may have increased the effectiveness of his taunting, but it disclosed his identity.  On the other hand, you have to admire a man who will do whatever it takes to make a sixth-grader cry.

As of yesterday, the city was investigating but had not suspended the man, asked him to turn in his penguin suit, or taken any other action.