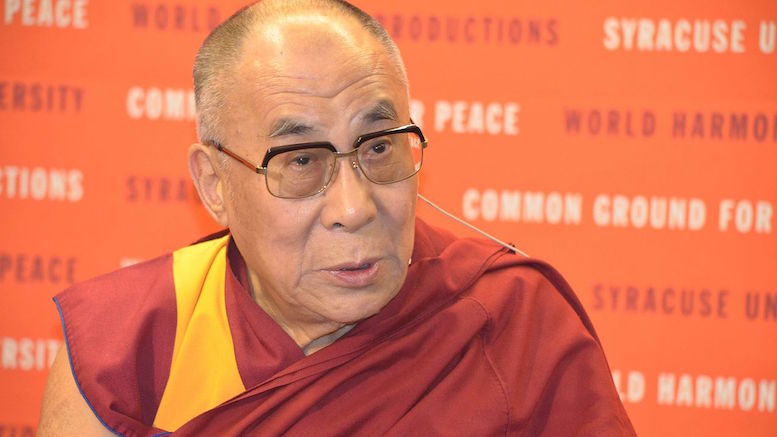 Over the weekend, China’s state-run media outlets reported that new rules taking effect this fall will require Tibetan Buddhists to get government permission to be reincarnated. According to the Xinhua news agency (“Xinhua” is Mandarin for “If I don’t read this, I will be shot”), the new rules are “an important move to institutionalize the management of reincarnation of living Buddhas.”

That rumbling sound is George Orwell spinning in his grave, preparing to tunnel to Beijing in order to go all “Resident Evil” on the Chinese Politburo. (With any luck, zombie George Orwell will have a few more stops to make after that.)

The new rules will require “reincarnation applications” to be filed with and approved by state religious-affairs officials. These rules apparently apply at least to those claiming to be “living Buddhas,” influential religious figures who are believed to be continuously reincarnated in order to fill the same position over and over again, sort of like the members of the committee that runs your law firm. I assume the Dalai Lama is the most prominent of these, although the report discussed only the Panchen Lama, the #2 Lama in Tibetan Buddhism.

The Panchen Lama seems to have most recently shown up in the early 1990s, in the form of a six-year-old boy, but was quickly arrested by the Chinese government, which seems awfully unfair given that there was no application requirement at the time. The government then “found” its own Panchen Lama, who according to the report has been “paraded around” in recent years to promote Chinese rule over Tibet. As this suggests, there are sometimes competing “candidates” claiming to be the reincarnation of a particular person, and the government is trying to set itself up as the official reincarnation authority.

The new rules take effect on September 1. Those planning to be reincarnated as living Buddhas in the near future are advised to complete that process as quickly as possible.

Riddle Me This: When Does a DNA-Test Result With 99.9% Certainty Not Prove Paternity?

Decent Exposure: Guy Who Stripped Naked to Protest TSA Is Found Not Guilty