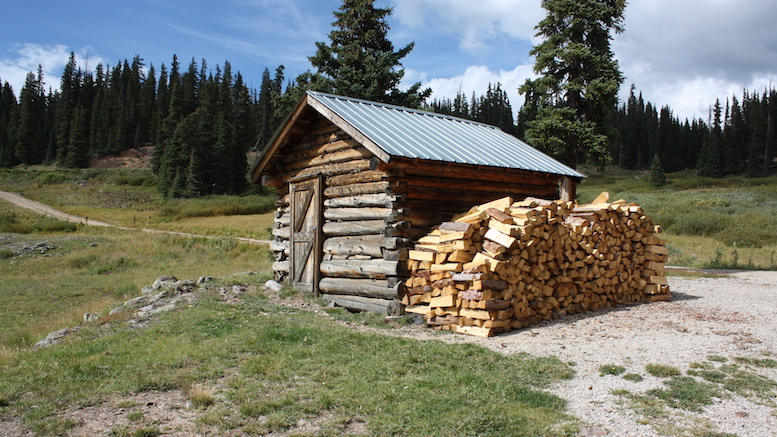 In a recent case, the California Court of Appeal definitively resolved a legal question that has long puzzled scholars:

If a man is drunk inside a woodshed, and leaves the woodshed only at the request of police, can he be guilty of being found drunk in a public place?

A 17-year-old in Plumas County, California, a county with three stoplights and an unknown number of woodsheds, was charged with “disorderly conduct” after a deputy found him inside a woodshed near a house where a party had been reported. By the time the deputy arrived, the house was dark but “noises” could allegedly be heard from within a nearby woodshed.  (The nature of the “noises” were not specified further.)

The deputy’s flashlight revealed a minor who, as he admitted, was drunk. “Deputy Beatley asked the minor to come out of the shed,” and then out to the street, and, fatefully, “the minor complied.” Deputy Beatley then cited the minor for disorderly conduct.

At a hearing, the trial court ruled that the minor could be charged under the statute, which prohibits being “found in any public place under the influence of intoxicating liquor,” if the intoxicatee is “unable to exercise care for his own safety . . . .” Cal. Penal Code sec. 647(f). After some discussion of whether the minor had been found in a public place, the court found that he had because he “apparently came out willingly. There was no evidence that he had to be dragged out of the shed.” Appeal followed.

I.  The Woodshed Was Not a “Public Place”

Based on existing precedent:

The court found insufficient evidence that the woodshed in question was a public place. In a sweeping decision, it held that “a woodshed needs no barrier to establish that it is not open to common or general use,” thus affirming the common-law doctrine that a man’s home’s woodshed is his castle’s outbuilding.

II.  The Minor’s Compliance With the Request to Come Out of the Woodshed Changes Nothing

Second, the court rejected the People’s argument that, even if the woodshed was private, the minor had voluntarily followed the deputy out to the public street. The court could have dispensed with this, it seems to me, by just following the statutory language. Here, the deputy “found” the minor in what the court had just ruled was not a public place, so unless he blacked out while the kid was walking to the street, he could not have “found” him again. Hey, it says “found,” not “observed.”

But the court went further, apparently wanting to clarify that, under the law, it is irrelevant whether a defendant comes into the public place of his own volition or not. To draw such a distinction, the court pointed out, would only encourage intoxicated persons to defy authority, something the court seems to believe is otherwise uncommon. Judgment reversed.

If you want to go up to Plumas County to see the famous woodshed for yourself, now is a great time, according to Plumas County. In “Plumas Buzz,” the blog of the Plumas County Visitors Bureau, the authors note that conditions for outdoor tourism are wonderful, despite the fact that new statistics suggest the population density may actually be almost 9 persons per square mile, not 8 as previously believed. Eighty percent of Plumas is national forest, of course, so solitude and the beautiful scenery is the real attraction.

Don’t expect nightlife: “March 13, 2008:  Can you believe it? Two accordions at two different events for this weekend! Can it get any better than that?”

THERE CAN BE ONLY ONE