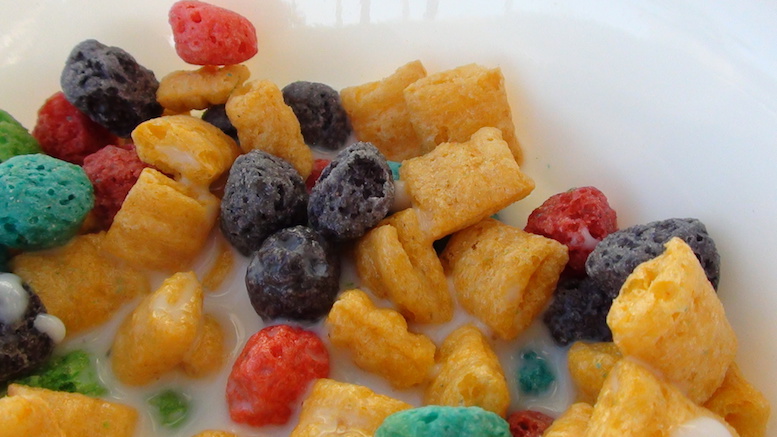 There are days every now and then when my actual legal work directly intersects with my blog work. This was one of those days.

On May 21, a judge of the U.S. District Court for the Eastern District of California dismissed a complaint filed by a woman who said she had purchased “Cap’n Crunch with Crunch Berries” because she believed it contained real fruit. The plaintiff alleged that she had only recently learned to her dismay that said “berries” were in fact simply brightly-colored cereal balls, and that although the product did contain some strawberry fruit concentrate, it was not otherwise redeemed by fruit. She sued, on behalf of herself and all similarly situated consumers, some of whom may believe that there are fields somewhere in our land thronged by crunchberry bushes.

According to the complaint, Plaintiff and other consumers were misled not only by the use of the word “berries” in the name, but also by the front of the box, which features the product’s namesake, Cap’n Crunch, aggressively “thrusting a spoonful of ‘Crunchberries’ at the prospective buyer.” Plaintiff claimed that this message was reinforced by other marketing representing the product as a “combination of Crunch biscuits and colorful red, purple, teal and green berries.” Yet in actuality, the product contained “no berries of any kind.”  Plaintiff brought claims for fraud, breach of warranty, and our notorious and ever-popular California Unfair Competition Law and Consumer Legal Remedies Act.

Under the UCL, courts have held that a plaintiff must show that a representation was “likely to deceive a reasonable consumer.” (As a disclaimer, I should tell you that my firm represents defendants in UCL cases, among other kinds of cases.) Actual fraud claims, and warranty claims, are harder to prove, so if Plaintiff didn’t win on the UCL claims, she would probably not win anything at all.  And she did not:

In this case . . . while the challenged packaging contains the word “berries” it does so only in conjunction with the descriptive term “crunch.” This Court is not aware of, nor has Plaintiff alleged the existence of, any actual fruit referred to as a “crunchberry.” Furthermore, the “Crunchberries” depicted on the [box] are round, crunchy, brightly-colored cereal balls, and the [box] clearly states both that the Product contains “sweetened corn & oat cereal” and that the cereal is “enlarged to show texture.” Thus, a reasonable consumer would not be deceived into believing that the Product in the instant case contained a fruit that does not exist. . . . So far as this Court has been made aware, there is no such fruit growing in the wild or occurring naturally in any part of the world.

The court, Judge Morrison England, Jr., also pointed out that the plaintiff acknowledged in her opposition to the motion to dismiss that “[c]lose inspection [of the box] reveals that Crunchberries . . . are not really berries.”  Plaintiff did not explain why she could not reasonably have figured this out at any point during the four years she alleged she bought Cap’n Crunch with Crunchberries in reliance on defendant’s fraud.

Finally, the court held that while a first-time loser on a motion to dismiss would typically get a chance to amend the complaint, this one wouldn’t:

In this case, . . . it is simply impossible for Plaintiff to file an amended complaint stating a claim based upon these facts. The survival of the instant claim would require this Court to ignore all concepts of personal responsibility and common sense.  The Court has no intention of allowing that to happen.

Judge England also noted another federal court had “previously rejected substantially similar claims directed against the packaging of Fruit [sic] Loops cereal, and brought by these same Plaintiff attorneys.”  He found that their attack on “Crunchberries” should fare no better than their prior claims that “Froot Loops” did not contain real froot.

Do Englishmen Still Have to Show Up for Longbow Practice?