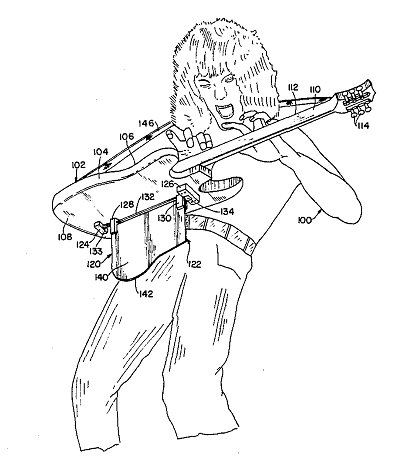 The present invention relates in general to a stabilizing support for a musical instrument of the type having a body and fretted neck, e.g., guitars, banjos, mandolins and the like, and more particularly, to a musical instrument mounted device which positions the instrument in a substantially perpendicular orientation to a musician's body to provide total freedom for the musician's hands to play the instrument in a completely new way, thus allowing the musician to create new techniques and sounds previously unknown to any musician.

Part of the excellent "They Invented What?" series at the patent and trademark blog, Anticipate This!