As you may have heard, the San Francisco Giants won the World Series, and anytime somebody wins a championship, of course, things must be set on fire. There were reports that one or more SF victory celebrations had turned into a "riot," but it is hard to say whether that was really true in either the legal or common-sense sense.

Legally, it may have been, but only because California's definition of "riot" turns out to be surprisingly broad: "Any use of force or violence . . . or any threat to use force and violence, if accompanied by immediate power of execution, by two or more persons acting together, and without authority of law, is a riot." Cal. Penal Code § 404(a). I guess what I found surprising about this is the idea that you could have a "riot" involving only two people.

Weirdly, another section in that general area makes attempted rioting a crime. Under Section 406, if two people "make any attempt or advance toward the commission of an act which would be a riot if actually committed," that's a misdemeanor called a "rout." I confirmed that is not a typo, but am still not sure how somebody who actually tried to riot could fail. It really doesn't seem all that difficult. 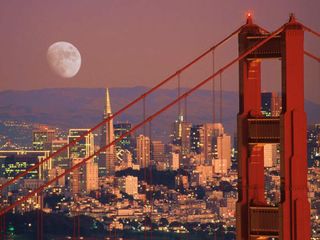 Anyway, according to the SF Chronicle, there was at least one incident that involved a group of people attacking a car that had tried to drive through a crowd, so that would qualify as a "riot," assuming there were at least two people doing the attacking.

But the common-sense meaning of "riot" suggests something a lot more widespread, and that didn't happen, reports from some terrified Tweeters notwithstanding. Again according to the Chronicle, when the dust had settled it turned out there had been six arrests, a broken window, and some rocking of cars and buses. That is not "rioting" in the sense most people understand it, as somebody else pointed out on Twitter: "@Beckett_Short: This is what you call rioting? In Oakland, that's called Friday night."

That was an excellent point, and as people realized that, more of them started to poke fun at the whole idea of a "riot" in San Francisco:

@gaberivera: I just threw a recyclable into the regular, non-recyclable trash bin

@jamesflynn: Who will join my hastily assembled vigilante citizen militia? I have some Urban Outfitters camo cargo pants and a dog ball thrower

@moot: THE STREETS ARE RUNNING RED WITH FAIR TRADE COFFEE AND ORGANIC WASABI

Warning: Open Windows Can Be Hazardous

How to Write an Introduction (or How Not to)