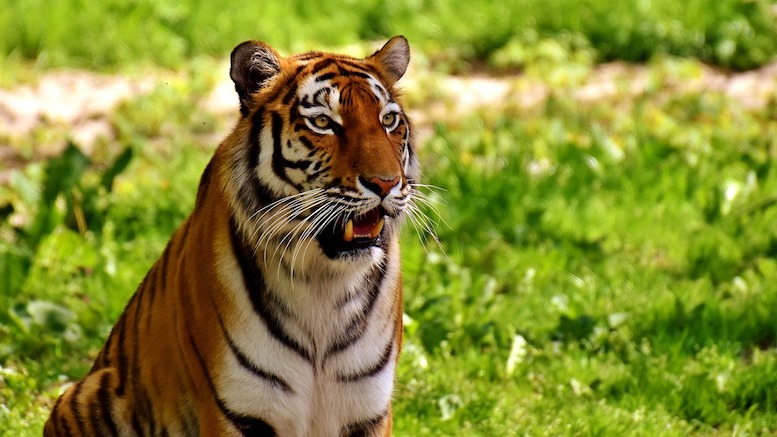 I guess he inherited that tiger then

Seems like a pretty good rule of thumb that a guy who owns a tiger (1) has too much money and (2) tends to make very poor decisions. I only have two examples for this, namely Mike Tyson in The Hangover and Juan Antonio Roca, but both support this rule.

I noticed Roca last year after he was convicted of misusing public funds, as part of an investigation into massive corruption in Spain’s Costa del Sol region. Part of the defense’s problem was that Roca did not have a great explanation for how a guy who earned $150,000 a year could afford six estates, a private jet, a personal helipad, a ranch where he raised fighting bulls and Andalusian horses, or the tiger that guarded the ranch. That, plus the billions of euros in cash the cops supposedly found lying around his house, led some to suspect he had another source of income.

Roca is apparently now testifying in the trial of 90 other defendants, mostly mayors, town council members and “a legion of builders,” who are accused of participating in a giant real-estate fraud and bribery scheme with Roca at its center. According to the report, “[t]he trial resembles a soap opera with a surreal cast of defendants, including a German aristocrat, a former football team captain and the popular Flamenco singer, Isabel Pantoja, the widow of the dashing bullfighter Paquirri.” (There is also a related case involving Sean Connery’s former estate, which was split up and used for luxury homes. That investigation was called “Operation Goldfinger.”)

Last Thursday, Roca testified both that he was rich to begin with, and so didn’t make his money through corruption, and that he was not as rich as the authorities were saying. It wasn’t clear, though, whether he testified he was never that wealthy or just that he is not so wealthy now, because he has supposedly had to sell things in order to pay debts and legal fees. Whichever it was, he denied having the “vintage cars, 275 paintings, a bull ranch, 100 purebred Andalusian horses and a mansion decorated with stuffed lions, giraffes and other wild game” that prosecutors said he owned. He also said that the paintings by Miro, Picasso and Dali were just copies.

As far as I can tell, he didn’t deny owning the tiger, which is enough for me.

The president of a local environmental group that has long been opposed to the Costa del Sol building spree was quoted as saying that he did not expect most of the defendants to do jail time. “They’ve hired the best law firms in Spain,” he said. “They’ll eat the prosecution with potatoes.” That expression is probably more impressive in Spanish, but you get the drift.

“Bound by Honor to Defy a Judge … and Eat a Document”

Dressing Like a Prisoner Could Get You Out of Jury Duty, One Way or Another