After a ten-month test of the same scanners currently irritating many U.S. travelers, German federal police have concluded that they aren't worth using. This appears to be largely because, according to the report, the scanners "triggered an unnecessary alarm in seven out of ten cases."

How many of the other 30 percent might have been false negatives, I guess we'll never know.

The remarkable 70 percent of cases triggering false positives was said to have been caused by such diabolical devices as multiple layers of clothing, boots, zippers and, most dangerous of all, pleated pants. (Some of those pleats can be sharp!) In ten percent of cases, the alarm was reportedly triggered by the passenger's "posture," and I would very much like to find out what kind of "posture" these things are apparently designed to look for. Is there a "terrorist posture" I need to be worried about? Or a counter-terrorist stance I should be adopting?

Security expert Bruce Schneier, who also thinks scanners are pointless, links here (via boing boing) to a story about body scanners that were fooled by sweaty armpits.

On the bright side, these totally pointless devices are quite expensive, and if I recall correctly from earlier this week, the country is completely broke.

Could the war on terror get any stupider? 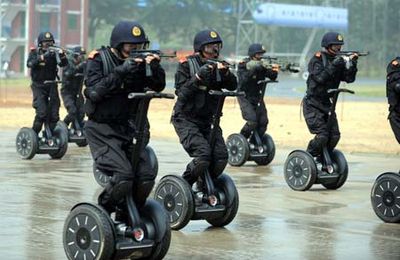