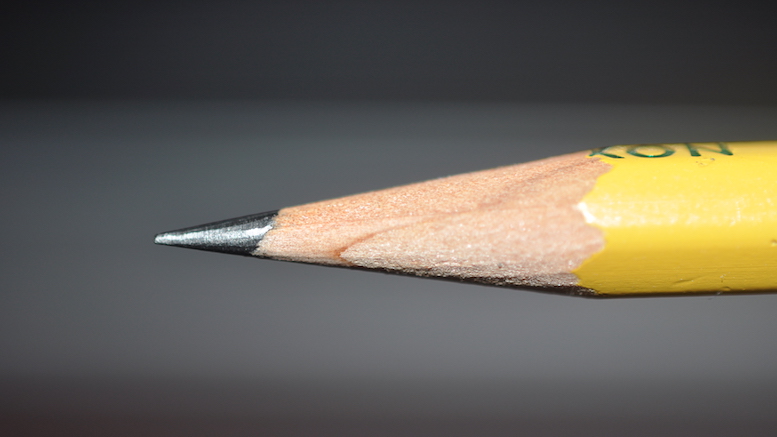 And I was about to accuse him of a lack of creativity.

As you may recall, accused killer and total dick Josh Monson managed to get himself a mistrial and a new defense lawyer back in May after he poked his first lawyer in the neck with a pencil. Actually, I think the mistrial came after he poked the new lawyer in the neck with a pencil three days later, but it’s not clear. Anyway, he poked his third lawyer with a pen yesterday, leading the judge to rule that he has now bagged his limit and will have to represent himself.

Unsurprisingly, the judge had previously ruled that Monson would not be allowed to have any writing utensils for this go-round, and although I assume they told No. 3 about his client’s penchant for neck-stabbing he still made the mistake of leaving a pen within arm’s reach. According to witnesses, Monson appeared to be going for the neck again, but missed and only scratched the lawyer’s temple. His aim may have been thrown off by the electric stun device he was wearing, which an officer triggered when he saw Monson lunge. (They, at least, were prepared for him to try again.)

Judge David Kurtz ruled that Monson has now forfeited his right to be represented by counsel, and that he will also be strapped to a special chair for the rest of the trial. Monson promptly complained about this, of course, saying it might give jurors the wrong impression. “How can they fairly judge me when they see me in a chair like this?” he asked the judge. Since they had just seen him attack his own lawyer and then be subdued by a pile of corrections officers, it’s almost like that was not even a serious question. Besides, it’s not like they haven’t seen somebody strapped to a chair before.

May I borrow your pen, Clarice?

In an act that should prove once and for all the power of the limiting instruction, Judge Kurtz told the jurors to, as the report put it, disregard “the restraints, … the incident involving [the] pen, and the defense attorney’s sudden absence.” Bell unrung, let’s continue.

Other things I learned while writing this post: (1) if you search for “lecter chair,” Google insists you meant to search for “lecture chair” but Bing isn’t so finicky; and (2) it is possible to buy a Hannibal Lecter action figure that depicts him strapped to a special chair.

I really hope that’s all it does.