Our South Korean correspondent sent in a link to this page, which appeared on a website there earlier this year and reportedly shows members of the legislature engaging in something other than official business while in the chamber. For example: 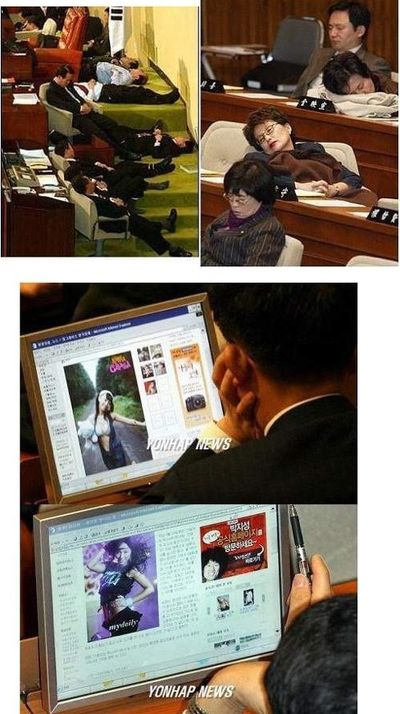 More pictures at the link.

As we've seen before, things do get much more dramatic there; e.g., last year a legislator tried to disrupt a vote with tear gas, and in 2008 a closed committee meeting was opened when somebody cut through the door with an electric saw. So they do care. I mean, at least they show up: 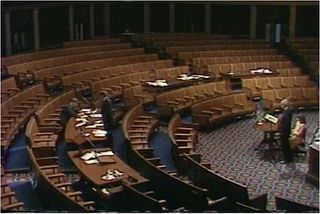 Our senators appear to do their napping in the office.

Military Theorists Concerned That Terrorists May Resort to “Lawfare”