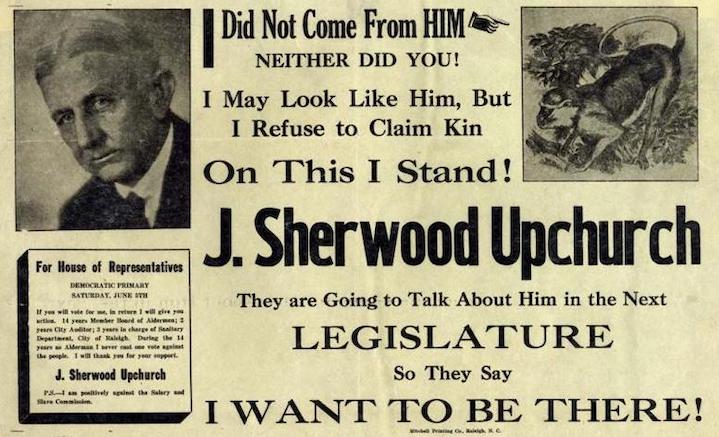 Another committee member, Rep. Ben Waide, R-Madisonville, said he had a problem with evolution being an important part of biology standards.

That’s right! He just made it up! Totally just pulled it out of his ass. This is what they don’t tell you in your so-called “science” courses in those fancy-pants “schools” of yours. This Darwin guy was a layabout who spent less than three decades “researching” this theory of his—that’s right! He admitted it was just a theory! That’s not science. Ooh, I looked at some birds and wrote a book! Everyone listen to me!

Apparently this is coming up yet again because some state lawmakers have just learned that national education testing standards, to which Kentucky’s state standards are now tied, require students to have an understanding of this evolution business. The answer to that problem seems to lie in convincing the test people to not require that.

“I think we are very committed to being able to take Kentucky students and put them on a report card beside students across the nation,” said another lawmaker, whose skeleton bore a marked but entirely coincidental resemblance to that of Homo erectus. “We’re simply saying [that] we don’t want what is a theory to be taught as a fact in such a way it may damage students’ ability to do critical thinking.” Yes, because—wait. What?

Next for the Kentucky curriculum: getting that “theory of gravity” off its high horse so kids can critically evaluate the competing theory that angels hold your feet down.