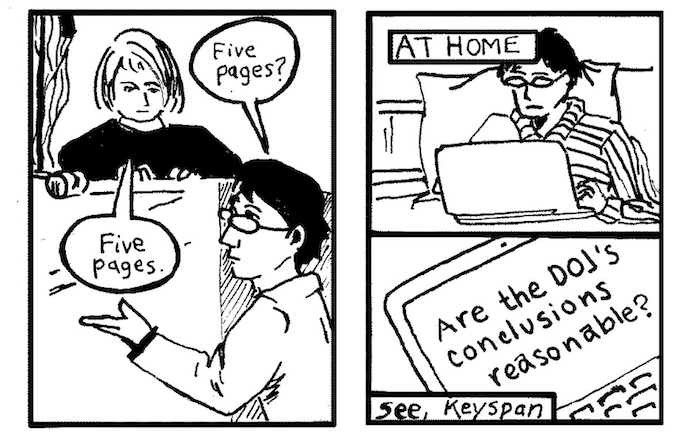 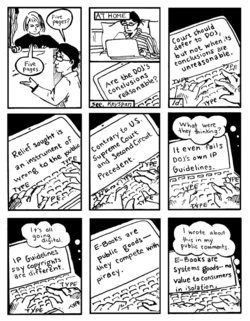 Because this is completely awesome.

It was filed by Bob Kohn, an attorney and licensing expert who is opposing a planned settlement in the DOJ’s e-book pricing case. He sought permission to file a 55-page amicus brief in the case, and the judge said he could file but had to cut it down to five pages. How do you squeeze 55 pages into five?

Kohn got one of his daughter’s friends to illustrate the amicus strip based on a script he wrote. The resulting brief (see below) complies with the rules, pretty much, because it has the standard caption and a table of authorities and the right-size margins, etc. I guess you could argue the font is not strictly according to the rules, but who cares? Would you rather have 55 pages in exactly the right font or five pages of this? Obviously.

Whether in comic-strip form or not, we should be using graphics a lot more in legal briefs, in my opinion. This is a great example to cite to people who won’t let you do it because they’ve “never seen that before.” Now they have. Or they will have. You know what I mean.