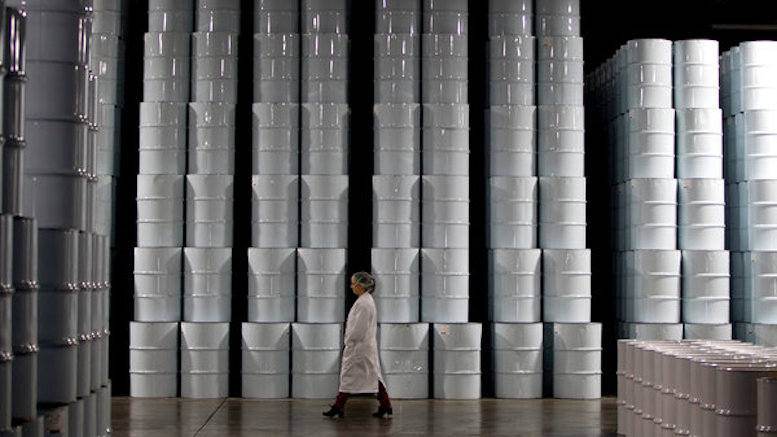 According to sources in Quebec, the Regional Investigation Division of Sûreté du Québec proceeded with three arrests this morning in relation to the maple-syrup theft at Saint-Louis-de-Blandford between August 1, 2011, and July 30, 2012.

When I first reported on this daring heist (See “Who Stole the Global Strategic Maple Syrup Reserve?” (Sept. 14, 2012)), there were few details about exactly how much sirop d’erable had been swiped, exactly how it had been swiped, or whether police had any leads in the case at all. When I reported about two weeks later that at least some of the stolen sweetener had been found in New Brunswick, I noted that it was still unclear how much had been recovered, but that it appeared Canada’s long national nightmare might be over at last. It’s a still a little too soon to say that, but today’s arrests bring that day closer.

A spokesman for provincial police told the CBC that the investigation was extensive, spanning several provinces and extending into the northern United States. But he still refused to say how the thieves got away with thousands of barrels of maple syrup without anybody noticing. I guess we have at least one clue based on the newly disclosed fact that the theft did not take place over one busy weekend, as I had assumed (but puzzled over), but rather spanned a full year. The latest figure for the amount originally taken is 9,600 barrels; that’s an average of 26 barrels a day, which still seems like way too much for employees to smuggle out in their pockets or lunchboxes or something. But I guess it does mean this could have been done in a series of small thefts, rather than driving up with a tanker truck as I had originally speculated.

According to the report, authorities have been able to retrieve two-thirds of the syrup that was stolen, meaning that most of the Global Strategic Reserve is now back in place. Police are still looking for five other suspects, so there is still hope that all the maple syrup will be returned safely.

TSA Settles With Woman Whose Top Was Pulled Down

Candidate: We Must Ban This Religion to Protect Freedom of Religion