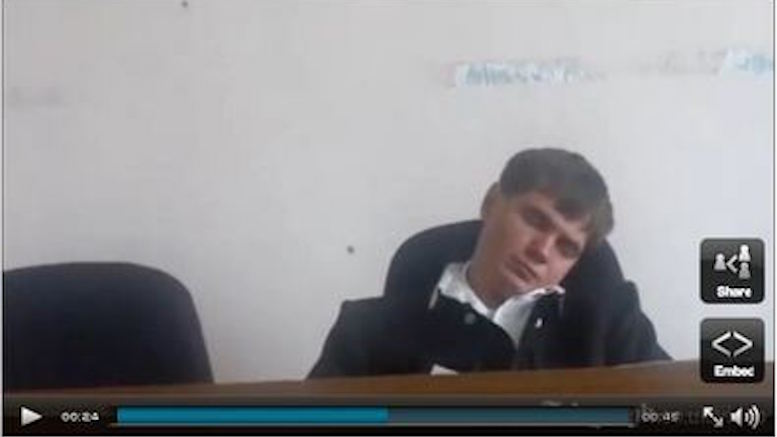 Nyet, I was seemply resting my eyes

Judges, the sleepier you are, the more crucial it is that you keep cellphones out of the courtroom.

The judge shown here, who sits (maybe “reclines” is a better word) in the city court of Blagoveshchensk—no, not the one in Bashkortostan, the one in the Far East—was presiding over a criminal fraud case that does not appear to have interested him one bit. Not only did he fall asleep repeatedly, the video also shows him fooling around on his own cellphone during the trial. He woke up for sentencing, at least, and gave the defendant five years in a penal colony.

Most likely, he was also the one who found the defendant guilty, because according to this report, while Russia does have juries these days they are not available in the vast majority of criminal cases. There are problems with the jury system, too, but if you’re not going to have juries it becomes that much more important to ask your judges to get a good night’s sleep. Here especially, since this guy looks like he’s maybe 17.

It’s good for teenagers to have a part-time job but they still need to get their rest.

Deposition Battle Over Definition of “Photocopy”