The Reykjavik District Court has ruled that a 15-year-old Icelandic girl can legally use the first name "Blaer," reversing a contrary decision by government officials. Iceland has strict naming laws that require, among other things, that names fit standard grammar and pronunciation rules and be gender-appropriate. According to the report, the relevant committee refused to approve Blaer Bjarkardottir's first name because she is a girl and the panel viewed the name as "too masculine."

To date, the government has referred to the girl only as "Girl."

Blaer's mother (a Bjork) says she didn't know the name wasn't appropriate when she assigned it to Girl, presumably at birth. Girl, as noted, is now 15, and it's not entirely clear how long this fight has been going on. She could have been under the government's radar for a while, but at the very least a red flag went up when she applied for a passport, because the report says the one she has now identifies her as "Stúlka Bjarkardottir." (Stúlka means "girl" in Icelandic.) So there has clearly been at least one failed attempt to have Girl recognized as Blaer, or to have Blaer declared an approved form of girlish nomenclature.

The government committee that thinks Blaer is a dumb name is called the Mannanafnanefnd, which is either a bunch of letters chosen at random or Icelandic for "Personal Names Committee." This webpage has a mannanafnaskrá, or "personal-name looker-upper" (I'm winging it here on the Icelandic), so that new parents can just type the mannanafni they want into the mannanafnaskrá to see if the Mannanafnanefnd has approved it. The page also provides lists of previously approved names for handy reference.

If you have a stúlka, you may choose from any number of thoroughly feminine names such as "Anita," "Barbára," "Bjork," "Bogey," "Droplaug," or "Steinborg." If you have a drengur, then manly names like "Atlas," "Thor," "Jenni," "Nonni," or "Oddbergur" are available, or most masculine of all, "Bambi." If the name is not on the list, for 3000 kronor (US $23.75) the committee will analyze the name for you to see if it's acceptable. (There is also a list of previously rejected names, which includes "Randy" for girls and "Baltazar," "Diego," and "Lusifer" for boys.) 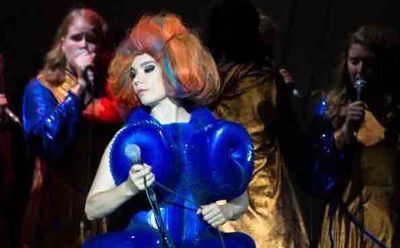 "Blaer" is on the approved list for boys, but that did not help Girl, who is a girl. After the panel refused to make an exception or rule that "Blaer" was at least as feminine as "Droplaug," Girl and Girl's Mother took their case to the district court.

According to the report, the court's ruling was based on evidence that "Blaer" in fact is already used by both males and females in Iceland, but also that Girl had a right to her own name under both Iceland's constitution and the EU's human rights laws. If those last two arguments hold up (and it's not clear yet whether the government will appeal), that could spell the end of the naming laws, it seems to me. Which I guess would be good news for whoever wanted to name their kid "Lusifer," although bad news for that kid.

Whatever we may think of the country's naming laws, Iceland gets some respect from me because their word for "email address" is the totally awesome netfang, which the rest of the world should start using immediately.

Gang Member to Get Makeover for Trial, Says Attorney

Santa Compensated for Loss of Reindeer