According to this preliminary report (20-minute raw video) from WBFF News in Baltimore, the seven-year-old was threatening other children with a crude weapon he had fashioned out of a strawberry danish before authorities intervened. Early reports suggested that the suspect broke or bent down a part of a long pastry to cause it to resemble a handgun, but sources are now saying that he may have taken bites out of a previously rectangular pastry until it assumed the desired shape.

The shooter has reportedly confessed that the danish may have "looked sorta like a gun," but denied pointing it at anyone or having said "Bang" as alleged. 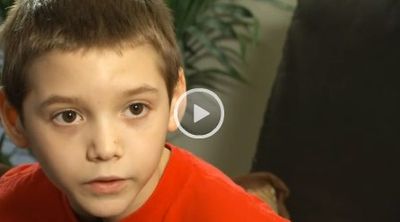 There are no reports of casualties at the present time.