1. A recently filed complaint contains the following statement: "U.S. Pat. D557,478 is a design patent for the ornamental design of a visor with simulated hair."

2. Said patent includes sketches of the proposed visor, to wit:

3. In the complaint, Plaintiff states that Defendant, a seller of hats, has said that it intends to file suit against Plaintiff seeking to enforce said patent.

4. A URL contained within U.S. Pat. D557,478 leads to a website indicating that Defendant does in fact sell ornamental visors made with simulated hair, to wit: 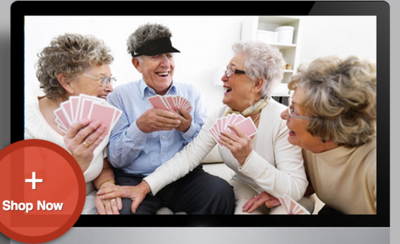 5. On information and belief, the hair depicted atop the head of the man pictured in Exhibit A is simulated hair attached to a visor, not hair belonging to and/or grown by the man so pictured.

6. Defendant's website states that one wearing said visor may be looked upon as "the life of the party," a statement allegedly supported by Exhibit A, in which the wearer appears to be the recipient of substantial attention from the opposite sex as shown by evidence including but not limited to facial expressions as well as the fact that two of the women have placed their hands upon the leg of the visored gentleman and the third would apparently like to as well but is getting blocked by that harlot in the necklace.

8. Plaintiff therefore seeks a judgment declaring that it is not liable for infringement, and an injunction preventing the threatened lawsuit.

9. The undersigned states that he became aware of the above via @design_law, the Twitter account of Prof. Sarah Burstein at the University of Oklahoma.

San Francisco Manages to Spend $700K for a Wheelchair Ramp

Georgia Court Rules Against Mom, in Favor of Harry Potter and Satan