"As far as I know," said the plaintiffs' lawyer, "this is the first time in the world that the notion of emotional damage in connection with a pop star has been recognized." He meant legally recognized, because who hasn't suffered some sort of emotional damage connected with Ke$ha, Justin Bieber, or whoever thought up the "Harlem Shake," just to give a few examples? But it may be the first time a court has actually awarded damages to a fan for emotional distress following the death of a pop star.

According to the BBC, a court in Orleans, France, ruled in favor of five plaintiffs who sued Michael Jackson's doctor, Conrad Murray, over the death of their beloved weirdo. Murray was convicted in 2011 of involuntary manslaughter for his involvement in Jackson's death, after a trial that was appropriately weird in a number of ways. See, e.g., "Michael Jackson's Ghost Testifies His Death Was an Accident," Lowering the Bar (June 16, 2013).

As an aside, I am a little irked to see that I've been pushed onto the second page of Google results for the phrase "Michael Jackson's ghost," but it looks like he's been more active than I realized. People apparently claim to have seen him at Neverland, on Larry King Live and at Cirque du Soleil, among other places. Also, Jackson made a short film in 1997 called "Michael Jackson's Ghosts," so that is also screwing up the results. Anyway, now that I've mentioned "Michael Jackson's ghost" four times in two paragraphs, maybe that'll fix itself. 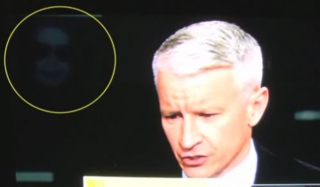 Where was I? Oh, right, France. Thirty-four plaintiffs sued Murray, alleging that they had suffered greatly from the singer's death, which the U.S. trial had determined was Murray's fault. A U.S. court would have tossed the case for lack of jurisdiction, but according to Reuters, that isn't an obstacle under French law as long as at least one plaintiff is a citizen. Here, at least two were. The judge found only five of the original 34 had proven injury, however, and even then awarded each of the five just one euro each (Reuters says it was one euro total, but close enough).

There's no reason to doubt these people were distraught at losing their idol, weird as others may think that to be. (The plaintiffs' lawyer said he "respected the suffering of the plaintiffs" but that doing so wasn't easy because everyone else involved had found the case "amusing.") Under U.S. law, though, damages for emotional distress are generally limited either to the injured party or, in some states, to family members who actually witnessed harm to a loved one. So you couldn't, for example, bring a class action on behalf of all similarly situated Elvis fans, which the guy who sent me this said was his plan. Even setting aside the statute-of-limitations issue, you still couldn't do it. In France, this is apparently okay.

Collecting on the judgment is another story, however. Murray could probably afford to pay 5 euros, but a French court can't make him (unless he were to go there). But the plaintiffs seem to understand that these are only "nominal" or symbolic damages, and their lawyer claimed that's all they were seeking. The real goal, however, appears to be a visit to Jackson's grave in California, which is closed to the public. The fans said they hoped the ruling would help them gain access for the visit.

How it might do that, I have no idea.

Amish Object to Putting “Mark of the Beast” On Cattle