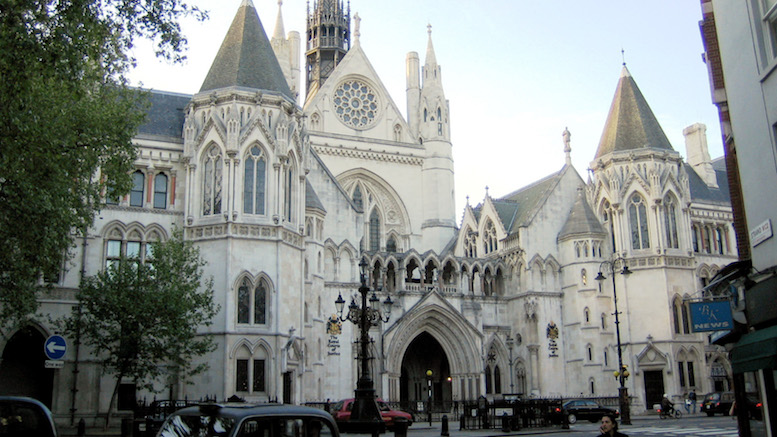 I am informed that The Honorable Mr Justice Sir Alistair Hubert Norris, Vice-Chancellor of the County Palatine of Lancaster and Justice of Her Majesty’s High Court (Chancery Division), has by virtue of his great knowledge of the law and the power vested in him by the government of Her Majesty Queen Elizabeth II, Queen of the United Kingdom, Sovereign of the Commonwealth Realms, Head of the Privy Council, Lord of Man, Duke of Normandy, Duke of Lancaster, Kotuku of New Zealand and Mama Belong Big Family of Papua New Guinea, has resolved a dispute over control of a driveway.

“Rather to my surprise,” the BBC quoted Mr Justice Norris (Etc.) as saying, “I find myself trying a case about a pair of gates in Formby.”

Formby, outside Liverpool, is described by Wikipedia as “affluent with high owner-occupation and car ownership [rates].” Martin and Rosemary Bradley, who are both doctors, have since 2006 been locked in a dispute with Peter and Marianne Heslin (occupations unknown), who moved next door that fateful year. The dispute has to do with the gates to the shared driveway. It’s not about use of the driveway, but whether the gates shall be left open or closed.

According to one report, the Bradleys want to “keep the gate shut at all times to better secure their home.” (I assume they’re worried about a possible attack by zombies, because I’m not sure who else those gates would keep out.) The Heslins, though, want to leave the gates open because they are sick of having to get out and open them everytime they want to drive in or out. (Maybe they should be worried about the zombies, too, though, because they’re clearly too lazy to put up much of a fight.) In 2012 the Heslins padlocked them open, and the legal fight began.

Saying he had visited the site personally to pace out measurements, Mr Justice Norris ruled that the Bradleys own the gates and the posts on which they are mounted, and so they have the right to operate them. But they do not, he continued, have the right to close them at will and thus bar free access to the shared driveway. He refused to “write a rule book” for the parties beyond that, urging them to work it out themselves. He suggested that 11 pm to 7:30 am would be reasonable gate-closure hours, however.

One could reasonably disagree with that ruling, I think, because it appears that the Bradleys were not locking the gates shut (again raising the question of who these gates were supposed to keep out, if not a zombie horde). Does an easement that allows you to use a driveway include the right to keep it unlocked-gate-free? I don’t know, and I’m not looking it up. But I do know it was kind of dumb to take this to the High Court. Hence Mr Justice Norris’s surprise.

“Surprise on at least two counts,” he wrote. “First, that anyone should pursue a neighbour dispute to trial, where even the victor is not a winner, given the blight [it] casts over the future of neighbourly relations. Second, that the case should have been pursued in the High Court over three days.” Was there another way? Yes there was.

“Sensible neighbours would have sat round a table and worked out either a regime for closing the gates at agreed hours or the installation of remotely operated electric gates, which might have cost £5,000 [US $8,000],” the judge suggested. Rather than (at worst) splitting that cost and remaining friends, the parties have likely incurred six-figure legal bills.

Don’t get me wrong, we’ll take your money. But if possible please hire us for more interesting disputes.

No, I Don’t See Anything Wrong With This Lawyer Ad. Why Do You Ask? [Updated]