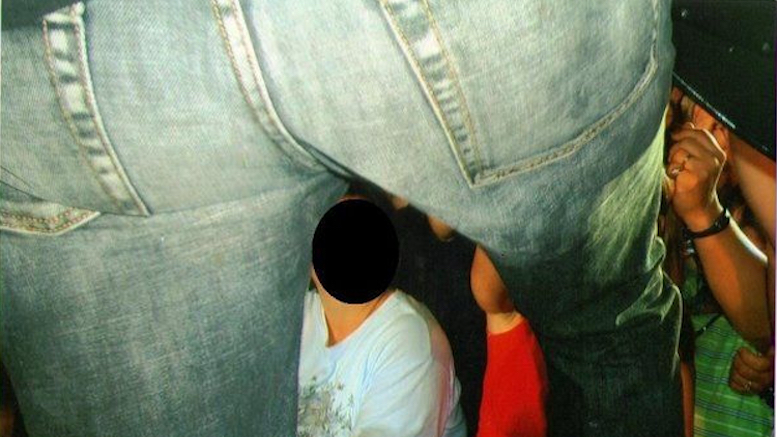 A jury in Syracuse needed just 61 minutes to deliberate on this one, making it all the more puzzling to me why Rick Springfield’s attorneys thought they needed a mistrial the first time around. As you may recall, Vicki Calcagno accused Springfield of knocking her down with his butt while working the crowd during a 2004 concert at the New York State Fair. Although she conceded she did not leave the concert or seek medical attention at the time, and had no witnesses to back up her story, she claimed to have suffered a variety of mostly head-related injuries as a result of a fall.

The case was first tried in November 2013, and ended in a mistrial after some pro-Calcagno witnesses surfaced, coincidentally, just before the case went to the jury. Why the trial judge agreed to let the testimony in at that time is beyond me, but Springfield’s attorneys decided they needed more than 24 hours to prepare and asked for a mistrial, which was granted.

Calcagno’s attorney later wrote a letter to the local paper trying to stem the tide of anti-Calcagno/pro-Springfield sentiment that was quite apparent in the comments on the paper’s website. Do not rush to judgment, quoth he, but forbear, and thou shalt hear the plaintiff’s version of the facts, which I shall now relate. And judgeth not thy neighbor, shouldst thou be seated as a juror, until hearing from yon surprise anonymous witnesses, who shalt crack this case wide open.

Strangely enough, those witnesses didn’t testify in the retrial, nor did anyone else support Calcagno’s story. Nor did she have any video evidence showing that Springfield fell, let alone that he fell into her. Calcagno emailed the State Fair’s organizers after the concert asking for Springfield’s contact info, but didn’t mention a specific injury. It also turned out that she had attended a Cyndi Lauper concert a week after the Springfield Incident, which—just a personal view here—doesn’t seem like something that someone with an alleged concussion would do. All relevant to her credibility, as Springfield’s attorney argued.

Speaking of performances, when Calcagno testified on January 15, she “entered and exited the courtroom gingerly …, flanked by a man and woman who held her by each arm. She moved slowly and clutched her head in distress following cross-examination….” The Post-Dispatch seemed skeptical here, noting that “[i]n previous days, she has entered and exited the courtroom unassisted, witnesses said.” Well, you have good days and bad days. You know how it is.

The day the case went to the jury was an especially bad day, it seems, because an earlier report notes that “Calcagno was shaking and twitching as attorneys gave closing arguments.” The shaking escalated to the point that EMTs were called and Calcagno was actually wheeled out on a stretcher: 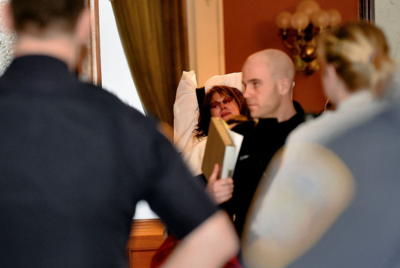 This (but not the earlier twitching) was after the jury had already started deliberating, so either (1) Calcagno does indeed suffer from seizures, as her attorney claimed; (2) the jury room has windows that face the street; or (3) Calcagno is commendably devoted to her craft.

I express no opinion as to which is the truth, of course.

“We could have settled very easily,” Springfield said after the verdict, but he was determined to take the case to trial. And just seven-and-a-half years after it was filed, he has been fully vindicated.

Of Course the Dress Code Does Not Apply to the Savior