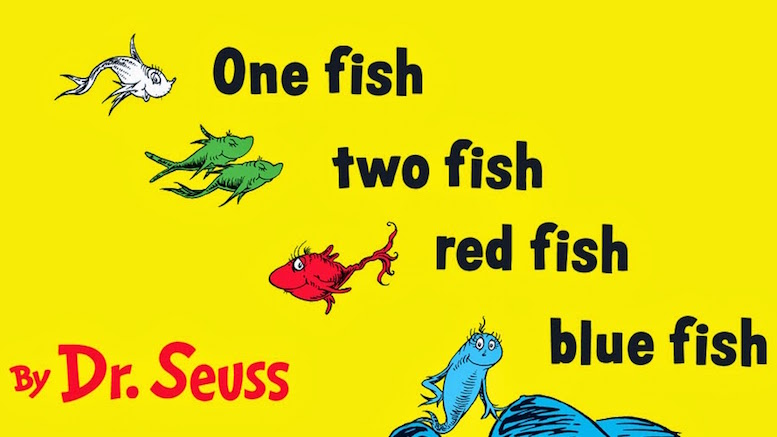 Mr. Yates caught some fish that he shouldn’t have hoarded,

Because of the risk that his ship would be boarded.

An officer noticed that some were too small,

And ordered the man to hang onto them all

‘Til returning to port. There he’d face a charge

For keeping these juvenile fish on his barge.

But in port, when the officer then got back on,

It turned out that the juvenile fish were all gone!

They went back in the sea. Were nowhere to be seen!

That section says that the law won’t abide

Tossing federal evidence over the side.

The problem, said Yates, is that this was a fish,

A “tangible object” in federal law.

It doesn’t apply to those fish that you saw!

Only documents, hard drives, and so on, you see.

Not evidence that can survive in the sea.

Another law covered his conduct, he thought,

After trial, which did not go the fisherman’s way,

The Court of Appeals then had something to say.

It affirmed, applying the plain-language norm:

It’s anything having a physical form.

You might think that we don’t need to say anymore

Except the high court then reversed it, 5-4.

Decided that this section 1519

Does not cover fish. It found that absurd!

Though it then had to use at least some Latin words

To explain the reversal and interpretation

It announced, to the thanks of an interested nation.

(So why in the world, I am hearing you say,

Did you write this ridiculous post in this way?

Justice Kagan, dissenting, said it was quite clear

That an “object” is simply an object, my dear.

And a fish is an object. It’s tangible, too.

Well, she didn’t say that. But all noticed her use

Of a cite for this proposition to Seuss.1

But she was outnumbered. And so, by one vote,

Mr. Yates can now go and get back on his boat

As soon as he finishes serving the time

For the lesser of two fishy fisherman crimes.

So Kagan’s to blame, or at least my excuse

I just wish that Yates had been on a safari,

So I’d have some excuse to rhyme “certiorari.”