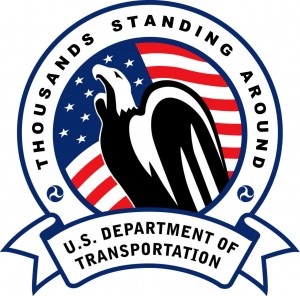 Good news, you guys—the TSA finally has a new administrator, a man who is said to be a smart and capable leader who should be able to develop new and creative ways in which the agency will fail.

Vice-Admiral Peter Neffenger joined the agency on July 4 after a long and distinguished career with the U.S. Coast Guard, where he had risen to Vice-Commandant before apparently deciding to end his career at the TSA. He replaces acting administrator Melvin Carraway, who was “reassigned” after internal testing showed that TSA employees failed to detect guns and bombs approximately 95.7% of the time. (The Inspector General is by the way, working hard to find out who leaked that information, always the most important investment of time and energy following any such report.) Carraway himself replaced former administrator John Pistole, who presided over the agency from 2010-14, a period that saw the introduction of mostly ineffective body scanners and wholly uneffective “behavior detection officers.” (On the bright side, though, all that stuff was and is really expensive.)

There were also four administrators before him. Their ideas didn’t work, either.

Neffenger testified this morning before the House Homeland Security Committee, and because that hearing was public it is most likely that nothing interesting was said. So far, though, I have only gotten through Chairman McCaul’s opening remarks, in which he expressed concern about the agency but also confidence that Neffenger should be able to “turn this ship around.” Because he’s an admiral. Get it?

Actually, maybe I won’t watch the whole thing. I doubt it gets any better.

Judge Tells Convicted Vandals to Trash Their Own Cars