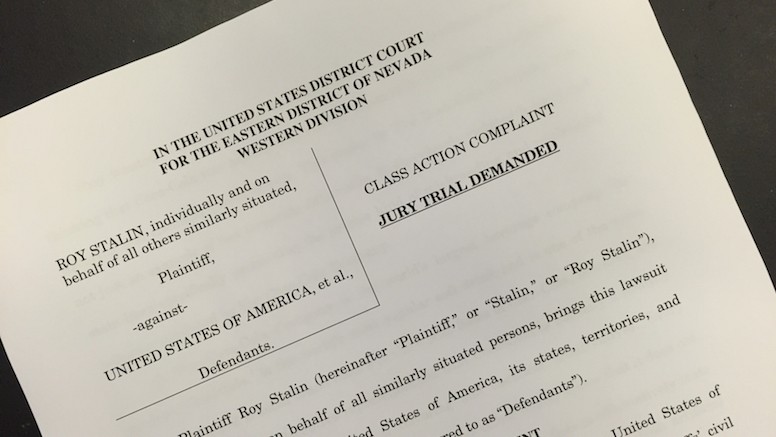 “A judge will now have to decide whether the six-year-old can be held legally responsible for her actions,” says the Telegraph about a case pending in Austria.

According to the report, the accident she’s accused of causing “took place on the slopes of Hochhäderich mountain in the Bregenzerwald forest,” and I assumed the reporter just made those names up but they turn out to be real places. The girl, who was part of a group taking ski lessons, allegedly “made a sudden turn” into the path of an adult skier, and the two collided. The adult woman claims to have been seriously injured by this, and although you’d think the six-year-old would have gotten the worst of such a collision, the article says nothing about any injuries to the girl.

A court spokesperson was quoted as saying that ordinarily, the plaintiff would sue the relevant adults for negligent failure to supervise the child, and in fact the plaintiff did that here. But the case against the adults was dismissed, and so the logical thing to do, I guess, was sue the child herself.

Of course, the first case was probably dismissed because the negligent party in such cases is almost always going to be the skier above, not the one below. I mean, if you’re constantly looking back over your shoulder and up the mountain while skiing, you’re doing it wrong. So it’s hard to see why the plaintiff would think she’d fare any better against the child, even if Austrian law didn’t provide that children under 14 generally cannot be held legally responsible for their actions (which it does). There is an exception that applies if, despite her youth, the child was capable of understanding the consequences of her actions, and if the kid was 13 that might be plausible but this one is six.

That means she also probably doesn’t have 38,000 euros, which is what the plaintiff is seeking, but maybe she has insurance. Or lunch money.

This is not the youngest person to have been charged with something, by any means. I don’t know if Guinness keeps track of that category, but to my knowledge the youngest person to run afoul of the law is still Muhammad Mosa Khan, who was nine months old when he was charged with attempted murder. See, e.g., “Baby Indicted” (Apr. 4, 2014); “Baby Fingerprinted” (Apr. 10, 2014). He beat the rap, though. See “Baby Walks” (April 12, 2014).

The Telegraph piece also linked to this “related story” about a 14-year-old who fell while trying to take a selfie in the Alps. I should clarify that by “fell” I don’t mean “tripped,” I mean he stepped backward over a cliff edge while trying to take a photo and plummeted 1,640 feet down the side of a mountain. This is comical because he somehow survived with only “a few cuts and bruises,” according to a hospital spokesperson. “It’s a miracle really,” the spokesperson continued. “And I imagine he has got quite an interesting selfie to show off.” Maybe, but I’m not sure he’s going to want to explain how he got it.

Can You Carpool With a Corporation?

Man Who Attacked Founder of Jedi Church Gets Suspended Sentence