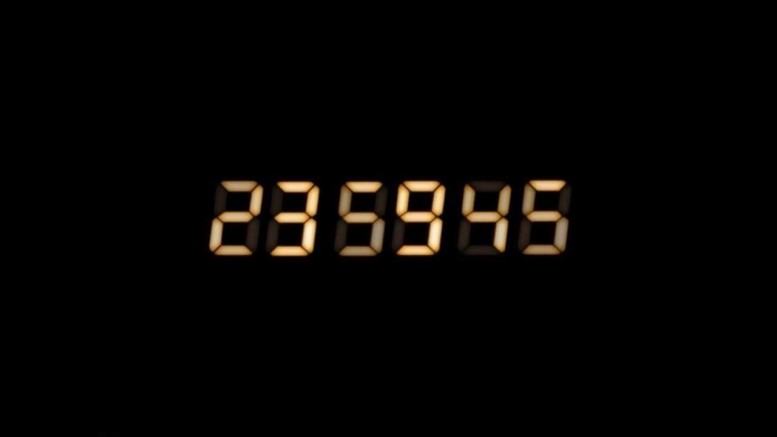 As you’ve probably heard (Washington Post, Popehat, everybody else who gets up earlier than I do, which is apparently everybody), police in Irving, Texas, have announced that they will not bring charges against 14-year-old Ahmed Mohamed.

This is mostly because he did nothing even remotely illegal. 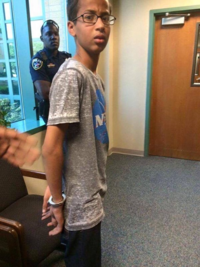 That didn’t stop them from taking him away in handcuffs, though, after they decided the digital clock he built was “suspicious in nature” and that they didn’t like his answers to their questions.

Just to be clear, as a New York court has just recently reaffirmed recently, you can say whatever you goddamn well please to the authorities (short of making actual credible threats, at least). Saying “the wrong thing” to a government official is not illegal. This is what the First Amendment is for.

Nor is being “suspicious” justification for an arrest, or even for stopping you on the street, unless the officer has a reasonable suspicion that crime is afoot and can actually articulate why he or she believes that. So why did they arrest him, exactly?

Well, he built this and brought it to school: 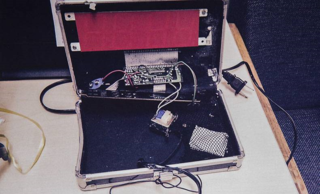 It is a digital clock. (Ahmed likes to build things.) His English teacher thought it “look[ed] like a bomb. I’m confident that she, like virtually every other civilian, has never seen a real bomb, and this doesn’t look anything like the bundle of dynamite with attached analog clock that she probably has seen in cartoons. Nor are there any explosives in this “bomb,” but it does have that big digital display that we’ve all seen in movie bombs. The principal confirmed that this is what they had in mind. “It looks like a movie bomb to me,” he reportedly told Ahmed.

But neither they nor the police ever believed it was in fact a bomb, as they all admitted later. Nor did they believe he was trying to get them to believe that. “We have no information that he claimed it was a bomb,” said a police spokesman, and they never had any. “He kept maintaining it was a clock”—because it was—”but there was no broader explanation,” the spokesman said. He couldn’t explain what sort of “broader explanation” they were looking for, but I guess they wanted him to explain to their satisfaction that he wasn’t going to use it like in the movies. The police chief seemed to confirm that this morning when he said the English teacher “was concerned that it was possibly the infrastructure for a bomb.”

She almost certainly didn’t use that word, for one of two reasons: either (1) it’s got too many syllables for her brain to process or (2) she knows that’s not what “infrastructure” even means. But the more important thing is that his statement confirms she never thought it was in fact a bomb, and the chief also admitted there was never any evidence that he “intended to create alarm” with what they insisted on calling a “hoax bomb.”

He, of course, still defended what they had done, as did Irving’s mayor (who has previously expressed great concern about “Sharia law” taking over in Texas, which is also stupid). This is because so many scary things have happened that “we have to err on the side of caution,” he said, in this case by arresting a 14-year-old for no reason. And it was completely irrelevant, he insisted, that this particular 14-year-old was a dark-skinned Muslim named “Ahmed Mohamed.” Their reaction “would have been the same” under any circumstances, he claimed.

Which is either not true or an admission that they would violate any 14-year-old’s rights by arresting him or her without reasonable suspicion of a crime. Take your pick.