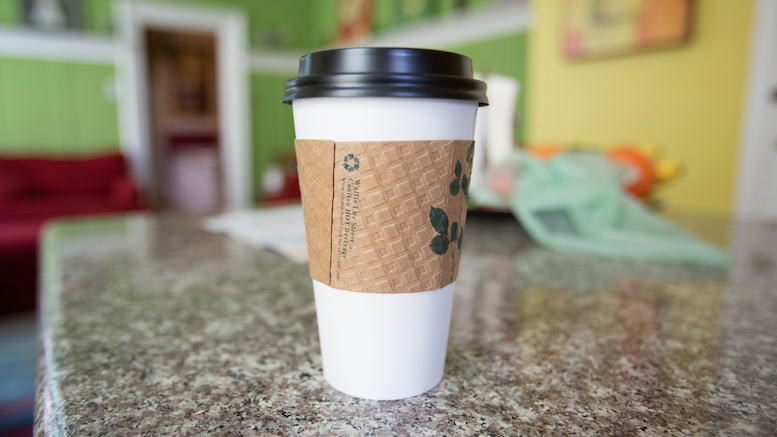 Proving again there is nothing so trivial that a cop won’t try to harass you for it, an officer in St. Paul, Minnesota, stopped Lindsey Krieger on Monday because she said she had seen Krieger drinking behind the wheel.

Actually, we don’t know why the officer stopped, which happened just after she had pulled onto the highway. And it sounds like the officer didn’t know, either. “She was like, ‘Do you know what you were doing wrong?” Krieger said. “‘Do you know why you were pulled over?’ I said, ‘No, I have no idea what you’re talking about.‘ And finally after asking me a few more times”—apparently just trying to get Krieger to admit to something the officer hadn’t seen in the first place, like they do—”she says, ‘Drinking coffee. It’s against the law to drink coffee while you’re driving.'”

It is against the law to drive recklessly, of course, and there are lots of ways somebody could do that. Texting while driving is a great example. Not-good examples would include tuning the radio, glancing out the side window, talking to a passenger, sipping out of a coffee cup, or any of the other myriad things you might do while also driving in a perfectly reasonable manner. I say this partly to try to head off lawsuits against our auto-manufacturer clients for negligently or even deliberately including these potentially deadly cup holders in their vehicles, thus directly encouraging risky behavior that might possibly conceivably result in an injury to someone at some point before the heat death of the universe. But only partly for that reason.

FOX 9 News was able to find an officer willing to speak about the matter, though it was not able to find one who could keep a straight face while doing that.

“Sgt. Mike Ernster … couldn’t comment on the case specifically,” the reporter noted, “but said the cop has the law on her side. ‘Inattentive driving relates to anything that takes your attention away from those obligations of every driver, which is to pay attention,’ Ernster said.” Okay, but the cop ultimately did not give Krieger a ticket for inattentive driving, or reckless driving, or illegally drinking coffee while driving, or anything similar. “She came back” from running the plates, Krieger claims, “and said, ‘I’m going to give you a warning for [drinking] the coffee,'” something that, again, is not illegal. “‘But I’m going to give you a no seat belt ticket.”

The department’s story now, in fact, is that Krieger was pulled over in the first place for not wearing a seat belt. Krieger says she only took the belt off after she was stopped, and it sure sounds like the belt ticket was an afterthought. I guess we only have Krieger’s word for how this went down, but unless she has crafted and is pursuing a strategic media plan to raise the chances that she will get out of a seat-belt ticket she deserved, it’s hard to see why she would make this up.

The alternative, though, would require us to accept the possibility that a police officer would interfere with a citizen for no reason, or—even more shocking—might later fib in order to justify what would otherwise have been an unconstitutional stop. I guess we may never know the truth.