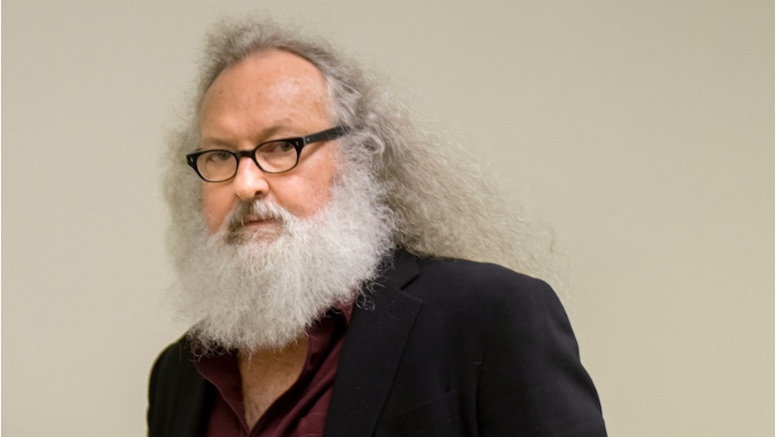 One thing I like about this new site is that the search engine works a lot better than the old one. In fact, I just learned that you can just type something like”http://loweringthebar.net/?s=[search term] ” into your browser and instantly get a list of posts dealing with that particular subject. You don’t even have to go to the site first. For example, let’s say you used “Randy+Quaid” as your search term. You’d get something like this: 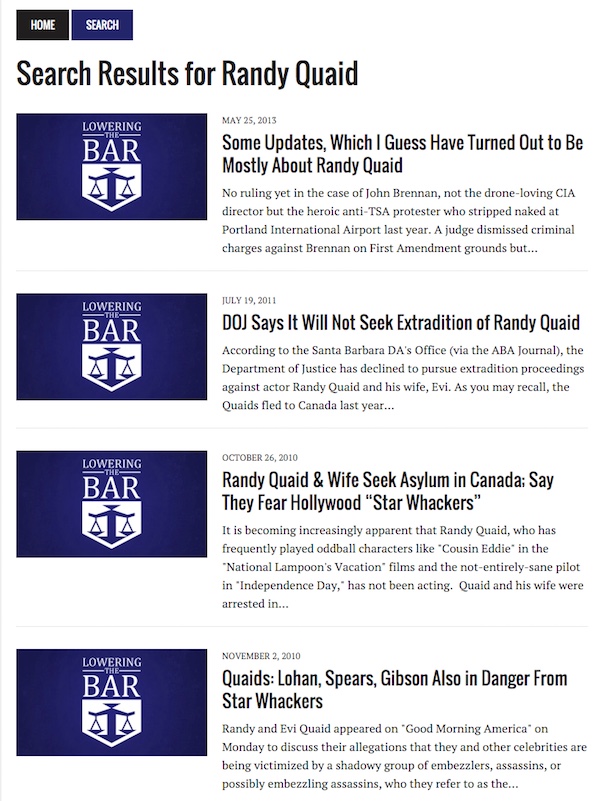 Which, if you were me, would result in mild surprise that you’ve already written four posts about Randy Quaid, but only briefly, because here’s the deal: while I like Randy Quaid as an actor (did you know he was nominated for an Oscar in 1973? true fact), I like him even more as that crazy guy who fled to Canada because he claimed he was being targeted by Hollywood assassins he calls the “Star Whackers.”

As I wrote in those earlier posts, some cynics believe that Randy and his equally interesting wife Evi actually fled to Canada because they were wanted in Santa Barbara for felony vandalism. They were “found squatting in a guesthouse of a home they previously owned,” and the story just gets odder from there. The flight to Canada took place in 2010, and if you’ve been wondering why Randy Quaid hasn’t appeared in a movie since 2009’s Balls Out: Gary the Tennis Coach, well, that explains it. Evi Quaid was granted Canadian citizenship, but for some reason Canada denied Randy’s request to become a permanent resident. And so things stood for the last two or three years.

Until last Friday night, when the Quaids were detained while trying to cross the border into Vermont.

I guess I can’t say for sure that they were trying to “sneak” back in, because these reports don’t say anything about being in disguise or something like that, beard notwithstanding. But it is odd that their entire Canadian sojourn has been spent in Vancouver, and now here they are crossing the border on the other side of the continent. [Update: turns out they have been in Montreal for a while now, which explains that to some extent.] Well, it didn’t fool our crack Homeland Security agents, but it might have been enough to throw the Star Whackers off their trail for a while. Because those guys seem even less effective than DHS.

According to the report, the Quaids were taken into custody and bail has been set at $500,000 each. Seems likely they will be extradited to California to face those charges, which is bad news for the Quaids but good news for those who’ve eagerly been awaiting Balls Out 2: The Balls Are Back Out.