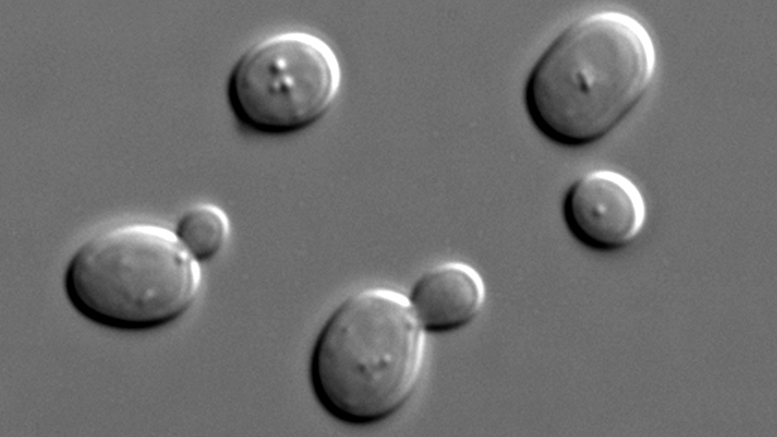 In the interest of further deterring people from drinking and driving on New Year’s, here’s a story about a DWI defense that you probably won’t be able to use successfully.

In 2014, a woman in Hamburg, New York, was arrested after other drivers called 911 to say she was “weaving all over the road.” She admitted she had been drinking. She had glassy eyes and slurred speech, and she failed sobriety tests. Her blood alcohol content turned out to be .33%—over three times the legal limit, and almost twice the amount that makes a DWI charge “aggravated” under New York law. So, an open-and-shut case.

Or not. The Buffalo News reported on December 26 that a judge dismissed the charges after the woman’s attorney convinced him she suffered from “auto-brewery syndrome.” That is, she was brewing her own alcohol. Not as in, “has a home brewing kit.” As in, “creates it spontaneously in her intestines.”

Wait, is that a thing? Maybe. Auto-brewery syndrome, also called “endogenous ethanol production” or (maybe more helpfully) “gut fermentation syndrome,” is a condition in which sugar can be fermented into ethanol by microorganisms in a person’s own gut, potentially making the person astoundingly intoxicated even without drinking. While there are very few documented cases of this, there are a few.

About a dozen cases have been reported in Japan, most if not all of them back in the 1970s. Cases elsewhere have been few and far between, but there was a U.S. case in 2013 that resulted in a published medical report. In that case, a Texas man went to the ER complaining of dizziness and learned, to his alleged surprise, that his BAC was .37 percent. That’s a lot. The prize for getting to the neighborhood of .40% is usually a coma if not death, although truly dedicated drinkers may build up higher tolerances.1 But this guy was just “dizzy,” and he claimed he hadn’t been drinking at all. Well, nobody believed that.

His wife actually backed him up, though, saying he would sometimes seem to be intoxicated “out of the blue.” Well, who doesn’t, but her support (among other things) seems to have convinced his doctors to run further tests. One of these involved locking him in an alcohol-free room and feeding him bagels (or other carb-laden food). After 24 hours with no alcohol, his BAC had gone up to .12. How did he achieve this miracle? Tests showed his intestines contained a bunch of Saccharomyces cerevisiae—which you may know as “brewer’s yeast,” and should know as “Oregon’s official microbe“—and when he ate carbohydrates the yeast would, well, brew it into ethanol.

Here’s another report, not a medical report but an interview Vice did in 2014 with a British man who also claims to suffer from ABS. By his account, while being a human brewery might sound like fun, at least in his case it wasn’t at all:

[B]y my late teens I was experiencing severe alcoholic hangovers that would usually be at their worst the morning after eating a high carbohydrate meal. I’d get pounding headaches, severe nausea, occasional vomiting, dehydration, dry mouth, cold sweats and shaky hands. It was as if I’d been out the previous night and drunk the bar dry, but I hadn’t consumed any alcohol.

So, all the negatives of getting drunk and none of the positives. Apparently sufferers may or may not feel intoxicated even if they are brewing, likely because they have built up a tolerance like a heavy drinker would. But they could have episodes where they are well over their own “limit.” And as the above cases suggest, a person could have ABS without knowing it, and that’s what the New York woman claimed.

She claimed, in fact, that she had never even been mysteriously tipsy before her DWI episode, and while she admitted having three drinks in six hours, that wouldn’t explain the .33 result. According to this ABC report, her attorney contacted one of the doctors who had reported the Texas case, who told him more about ABS. The attorney also asked doctors to run tests similar to the one in Texas, which supposedly showed BAC levels of between .20 and .36 with no drinking at all. The medical evidence helped persuade the judge to dismiss the case.

Generally, of course, it would do you no good to argue that you didn’t know you were intoxicated. It wouldn’t be believable in most cases, of course; it might in the case of unknown ABS (hereinafter UABS), but on the other hand knowledge isn’t an element of the New York statute. I think it is usually at least an implied element in criminal statutes, however, so maybe that is the case here. The ABC report quotes Jonathan Turley as saying ABS was only a valid defense here because the woman apparently didn’t know she had it, because “courts have long recognized that people who know they have medical conditions can be found liable for failing to take reasonable measures in light of that knowledge.” So, UABS might be a defense, if you actually have it.

But you probably don’t. Again, there are maybe two dozen reported cases ever, based on the citations in the Texas report, and most of those have been in Japan. Genetic factors might contribute to that (or not). The Texas guy was supposedly into home brewing (the usual kind), so maybe the yeasty culprits got into his gut that way. Regardless, I would expect most courts to be extremely skeptical of an ABS defense. We may have more data on that soon, because ABC says the defense has now been raised in at least two other cases (one in Texas and one in Oregon). But I wouldn’t count on being able to use it yourself.

More importantly, of course, no legal defense is going to help you if you’re dead. So if you’re going to drink—or maybe eat a lot of carbs—recruit a designated driver.

With that said, Happy New Year.

1 The highest non-fatal BAC I’ve reported on here was a .57 in Wichita, Kansas, although as I also mentioned, the U.S. record is probably .72. I also noted that in 2005, a Bulgarian reportedly clocked in at an astounding .914 (and there are Polish reports of similar feats), but I am usually skeptical of reports out of the former Soviet bloc. There is, though, one medical-journal report of a guy surviving a 1.50% BAC after what sounds like fairly radical medical intervention, so let’s call that the record.

Another Hiring Triumph for TSA