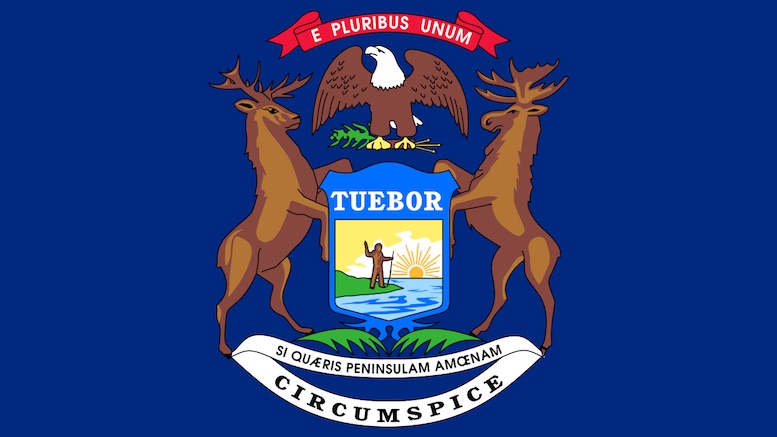 The Great Seal of Tuebor, I mean Michigan

And it would make them look good, at least in the abolishment scenario. Granted, being mentioned by me does not always make one “look good,” but I have given credit to legislatures in this situation before—for example, when Minnesota stopped regulating telegraph operators (because there aren’t any) and Wyoming repealed laws protecting those who crank movie projectors by hand (same reason). Minnesota, in fact, ditched something like 1,100 unnecessary laws in that one session, which gives you some idea just how many laws are out there to begin with, and how many of them we probably don’t need.

Anyway, Michigan has found about 80 laws it could do without, according to the Detroit Free Press. Most of the reforms are included in House Bill 4248, but that’s just a list of repealed provisions so we must look to the bill summaries and/or the actual statutes to see what has been ditched. It is a pretty good list.

I’d have sworn I had written at least one post about Michigan’s anthem-preservation act, but I guess not. I have written about anti-dueling laws before, mostly using Kentucky as an example because it still makes its lawyers swear they’ve never fought in a duel. Dueling was more popular in the South, but apparently was considered a problem in Michigan at one point as well. Michigan addressed this issue in 2010, when it seems to have left the ban intact but reduced the penalty to a misdemeanor (it repealed the section making it a felony). Now it’s repealed the misdemeanor section too, as well as the section making it illegal to insult anyone in print for refusing to duel (doing it verbally was still okay), and the one clarifying that fencing was not considered a “duel” as long as protective clothing was worn.

This should not be interpreted, as I’ve said before, as meaning that the legislature wants to encourage dueling. Almost certainly the winner of a duel would still be prosecuted for something, while the loser would still be dead. It just means the legislature believes that the practice is sufficiently rare and covered by other laws that special anti-dueling laws are now unnecessary. So don’t tell anybody I said dueling was legal in Michigan.

Are all the pointless laws off the books now? Absolutely not. It appears to still be technically illegal, for example, to commit either “blasphemy” (750.102-.103) or “the abominable and detestable crime against nature” (750.158), although both of these pretty much fall into the category of Laws That Are No Longer Enforceable But Nobody Really Wants to Sponsor a Bill Saying So. If you’re a worried former blasphemer, at least, you can take some comfort in the fact that under Section 750.103 (“Cursing and Swearing”), the statute of limitations is only five days long. God may punish you after that time, of course, but the State will not.

How to Start a Brief