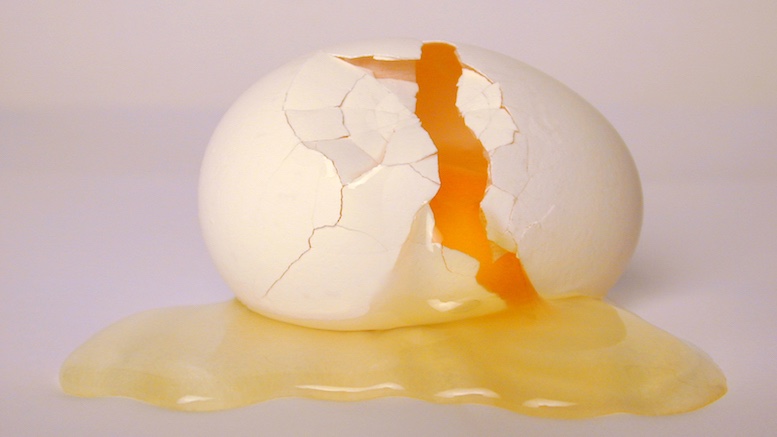 Words have no meaning in Utah, and this is how I know: a woman there has been charged with “causing a catastrophe” because she drove her daughter and some friends around while they egged a bunch of houses. Maybe it’s more accurate to say words mean whatever the government wants them to mean, and that is probably worse.

What she allegedly did is certainly dumb. Police say that on August 20 she drove a car around greater Ogden while her daughter and other minors “threw around 10 to 15 dozen eggs at 10 to 20 homes.” That’s quite an egging spree, as these things go, but probably you wouldn’t use the word “catastrophe” to describe it. The OED does admit that “[i]n the application of exaggerated language to misfortunes [this word] is used very loosely,” but that’s not how statutes—especially criminal statutes—are supposed to be read. Courts are supposed to apply the common understanding of the words, and while there is sometimes a valid argument about what that understanding is, I don’t see one with regard to “catastrophe.”

But let’s look at it in context. Here’s the Utah statute in question:

(1) Any person is guilty of causing a catastrophe if the person causes widespread injury or damage to persons or property by:

(b) explosion, fire, flood, avalanche, collapse of a building, or other harmful or destructive force or substance that is not a weapon of mass destruction.

(2) Causing a catastrophe is:

(a) a first degree felony if the person causes the catastrophe knowingly and by the use of a weapon of mass destruction;

(b) a second degree felony if the person causes the catastrophe knowingly and by a means other than a weapon of mass destruction; and

(c) a class A misdemeanor if the person causes the catastrophe recklessly.

Let’s start with the definition, and then come back to the idea that in Utah “causing a catastrophe” can be a misdemeanor. 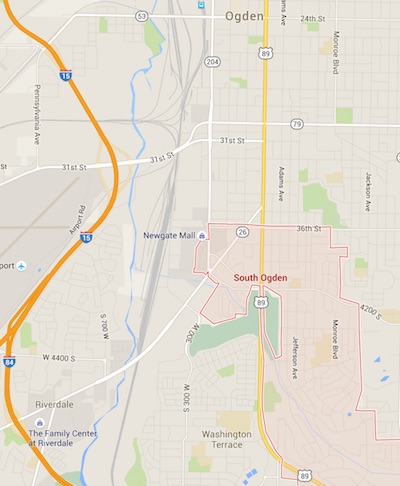 Here the eggs allegedly damaged “10 to 20 homes” in “Ogden, South Ogden, Riverdale, and Washington Terrace.” While this is an area of maybe five or six square miles in total, the issue is the area of the “injury or damage,” not the whole area of the spree. And the actual area of egg damage would of course have been much smaller. Assuming each egg affects 20 square feet and that there was no overlap, 15 dozen eggs would contaminate just 3,600 square feet. I don’t see that as “widespread,” especially in the context of the following subsections.

Could eggs be “weapons of mass destruction”? Probably not, no matter how many were used. Another statute specifically defines such weapons, and unless you were prepared to argue that an egg is a “biological agent … used or intended to be used as a weapon” (and you shouldn’t be), eggs don’t count. So far, things are not looking too good for the prosecutor.

Ah, but subsection (1)(b) says it could be a “catastrophe” to cause “widespread” damage by means of some “other harmful or destructive force or substance that is not a weapon of mass destruction” (emphasis added). Well, an egg is not a weapon of mass destruction. I hope we can all agree on that. “Harmful or destructive substance”? The probable-cause affidavit alleges broken windows, ruined furniture, “damage to stucco,” and even $3,000 worth of “damage to a car’s ignition.” That last one is a little mystifying, but the statute doesn’t say anything about how much harm is necessary for a violation. Ergo, egg catastrophe!

Or at least I assume that was the reasoning, if you can call it that. In context, this last phrase has to be read similarly to the specifically listed catastrophe-causers, namely “explosion, fire, flood, avalanche, [or] collapse of a building….” Those are the kinds of things the legislature was thinking of when it used the word “catastrophe,” not “damage to stucco.” Reading it otherwise is either just dopey or deliberate overreaching, or possibly dopey overreaching.

Okay, what about the argument that the legislature must have envisioned tiny catastrophes because in some circumstances this can be a misdemeanor? First, I don’t care, because you don’t get to that point without a “catastrophe” in the first place. Second, the intent of (2) is to address different motives, not kinds of catastrophe. If you create one knowingly, that’s a felony. If recklessly, that’s a misdemeanor. (If negligently, that’s just negligence.) Did Mom act recklessly in this case? Well, she told police she participated in this stupid act “due to family issues and because she ‘didn’t care.'” Knowing and not caring is a pretty good definition of recklessness. But it doesn’t matter, because egging is not a “catastrophe.”

It is entirely possible that she was also charged with “criminal mischief,” which is the crime of (among other things) intentionally damaging or defacing someone’s property. Or at least aiding and abetting it. They could even have charged it as a second-degree felony, depending on the damage caused. That would also be overkill, but at least it would not ignore the actual meaning of words. Especially when throwing around terms like “catastrophe” or “terrorism,” that matters.

Seventh Circuit: “We Draw the Line at Gibberish”