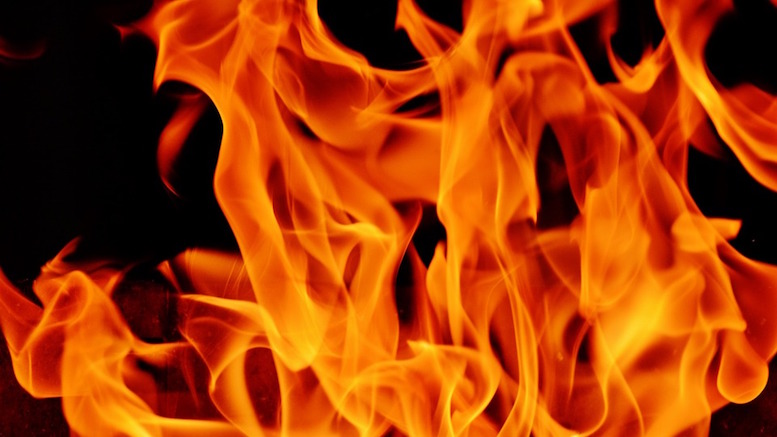 Turns out this stuff is dangerous

Okay, I’ve written several lengthy posts recently so I’m keeping it simple with this one: some a-hole trying to burn down a cafe in Melbourne, Australia, managed to set his own shoes on fire. The criminal was captured on closed-circuit camera fleeing with fiery feet:

“The footage shows that a person is running from fire,” a senior constable was quoted as saying, and it’s hard to argue with that analysis.

Are his shoes actually burning, though, or does it just look that way because he was splashing through a pool of accelerant that was itself on fire? It’s hard to say. The resolution isn’t great and the lighting was obviously poor, but I was able to isolate this view of the perpetrator’s right foot, which does appear to be at least lightly burning. I’m going to assume it is, anyway, because I very much want that to be true. 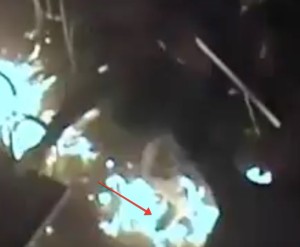 The senior constable said that they are looking for a man with “burning or singeing” to his lower legs, so obviously they also believe that is the case.

The report does not suggest any motive for the arson, which caused “hundreds of thousands of dollars” in damage and also put lives in jeopardy because at least three people were sleeping in rooms above the cafe. And that is serious business, but I still can’t agree with the senior constable’s further statement that “I don’t think this sort of thing is funny in any way.” It’s not funny in that way, but it is funny in this other way, i.e., the way involving an arsonist who set fire to his own feet. With all due respect to the senior constable, there is really no disputing that.

This is possibly the worst fire-related effort by an Australian criminal since the 2014 incident when an individual in Darwin, of all places, tried to blow up an ATM with some sort of flammable gas. His footwear didn’t ignite, but he did get blown right out of them. If by some chance this is the same person, at least he has learned not to wear flip-flops.

One Wounded in Man-Bat Fracas

OJ Suing Goldmans to Stop Them From Profiting on His Book on How He Would Have Killed Their Son, If He Did

British Court Finds Inherent Right Not to Live in France