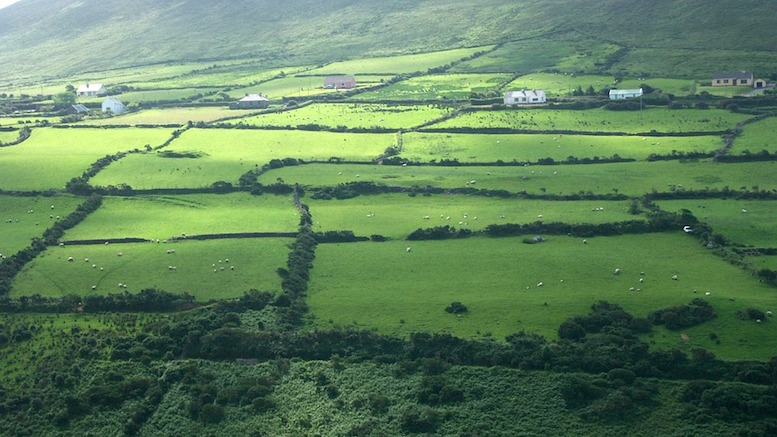 Ireland, as far as you know

The Official Lowering the Bar Ridiculous Submissions Bureau for the District of Northern Ireland (that’s you, Conor) has alerted me to this item, which by a complete and utter coincidence I am mentioning on St. Patrick’s Day. I’ve learned a number of things from this, among them that St. Patrick is said to be buried in a town called “Downpatrick,” which I find kind of hilarious; but more relevantly that the “sovereign citizen” movement is not limited to the United States.

Author’s note: According to Wikipedia, “Downpatrick” is just an Anglicized version of Dún Phádraig, and the word dún means “fort” or “stronghold.” So it would translate to something like “Fort Patrick,” not “the place where Patrick is six feet down.” I realize I am now vastly over-explaining a joke that, to be honest, was not that great to begin with, but otherwise I’ll get email saying “that’s not what that means.” Also, I am a compulsive over-explainer, something that really endears me to those to whom I over-explain, let me tell you.

So in January, Thomas Carlin, a constable in the Police Service of Northern Ireland, decided to represent himself in a foreclosure matter. He moved to dismiss the bank’s case, and you may infer that the judge denied said motion from the fact that the constable then tried to arrest him:

It was alleged that, on 12 January 2016, while being present in a courtroom in the Royal Courts of Justice, Belfast, the respondent conducted himself in such a manner as was intended or calculated to seriously interfere with the administration of justice in that he … purported, without lawful excuse, to place the presiding judge, Lord Justice Gillen, under arrest; and … disruptively approached Lord Justice Gillen in a manner which caused the judge to leave the courtroom without having disposed of all matters in issue in the case before the Court.

The constable also left the courtroom, assisted by security personnel.

Two days later he was back (before a different judge) to discuss possible contempt charges for this behavior. This time in uniform, Constable Carlin declined to apologize for his conduct, saying that he could not do so because “I believe for me to apologize to the court would be abandoning my defense.” This “defense” appears to be some version of the typical sovereign-citizen argument that the court does not have jurisdiction over him or her for various stupid reasons, e.g., the flag is decorated in a certain way, the court misspelled his or her name, Ohio never actually became a U.S. state, or whatever. And it is typical sovereign-citizen logic to think that an apology might itself have some legal effect in terms of court jurisdiction. It can sometimes help persuade a judge that you should not be punished, so in that sense it kind of does. But no apology was forthcoming.

Of course, Carlin didn’t think he had done anything to apologize for. “I acted in my capacity as a police officer,” he insisted. “I believed a crime had been committed [that was] outrageous in nature”—that is, ruling against him—and was simply trying to do his duty when court staff obstructed him. This did not persuade the judge, needless to say. Carlin was convicted of contempt in February.

The summary of that decision notes that Carlin seems to have anticipated that his motion would be denied and planned to make a spectacle at the hearing, which he did by inviting his supporters to stand up if they thought he was “not getting a fair trial” (and by inviting them to come to court for that purpose), and then of course by trying to arrest the judge. “How he believed that this would assist him it is difficult to know,” the court said, but he had apparently been “encouraged by others who have stayed in the background but used his foolish vanity for their own ends.” (That smells like sovereign citizenry, too.) Ultimately, Carlin was sentenced to three months, two of which would be waived if he simply apologized.

Nope. He did finally get representation, though, apparently by appointment, and those lucky attorneys were, at last report, preparing an appeal to the UK’s highest court on his behalf. Haven’t found a report on how that came out, if it’s been resolved, but I would be willing to guess.

While the sovereign-citizen movement does seem to have germinated in the U.S., it is also entrenched in Canada and has spread to Europe, too, as this report shows. According to a paper by Professor Stephen Kent (presented at a conference called “Cults and the Rule of Law,” p. 9 of this PDF), there are similar groups in the U.K., Ireland, Australia, and New Zealand, all with similarly clever and legally baseless arguments. Germany has the Reichsbürgerbewegung (“Reich Citizens’ Movement”), apparently contending that the Weimar Republic is still in effect. Which is also goofy, although, to be fair, not the worst idea the Germans have ever come up with.

Free Advice: Service-Animal Claim Is Stronger If Animal Not Dressed as Pirate

Do NOT Clench Your Buttocks in Deming, New Mexico