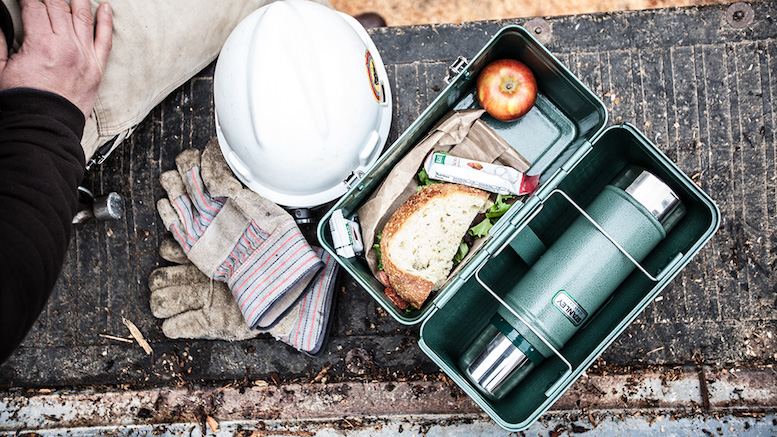 Probably not a good idea to leave it open like this (image: the Stanley Classic Lunch Box)

You may think you have a terrible boss, and you may be right. But you know what? Your boss isn’t the worst boss ever.

Unless your boss has pooped in your lunchbox. If he has, please advise.

In January the Grand Junction Sentinel reported on and posted a rather astounding order by an administrative-law judge in Montrose, Colorado. The legal issue was whether Mr. Bailey, a former employee of the Uncompahgre Valley Water Users Association (which maintains the area’s irrigation network) had been responsible for his termination. If he was, the association wouldn’t have to pay disability benefits.

The association contended Mr. Bailey was fired for insubordination, suggesting he was too sensitive and was unable to “forgive and forget” certain conduct by his supervisor, Mr. English. Mr. Bailey’s position, however, was that he did not expect to be fired, and that it was unfair to fire him, for complaining about what Mr. English referred to as “pranks” but the ALJ referred to as, for example, “defecating into co-workers’ lunches.”

To be fair, there does not appear to have been testimony that English defecated directly into anyone’s lunch. He testified, rather, that he had “put his own feces into a bag and put the bag into a co-worker’s lunch.” So there was a bag. I mean, he’s not a total barbarian. On the other hand, there was no bag involved when, as he also testified, he once “sat on a catwalk and defecated toward a co-worker in the ditch below him.” (I assume “toward” means his aim was off, thankfully.)

You may be surprised to learn that these are arguably not the worst things this guy did.

Mr. English testified that he “liked a workplace to be fun,” which is why he did these “pranks.” And, sure, it’s fun to be defecated at, but some of this stuff seems questionable. Like, shooting people. English did not use actual firearms, at least, but he did admit he made a “potato gun” out of PVC pipe and would shoot golf balls and other items out of it at work. He testified “that he never shot the gun toward co-workers, and he did not believe that he shot the gun toward areas where coworkers were working.” But Bailey testified he had done that, and the judge found Bailey’s account more credible (on everything) than English’s. English also conceded that he did in fact shoot co-workers with plastic BBs. He did not recall shooting Bailey, but again Bailey testified otherwise. But hey, all in good fun, the shooting. Team-building exercise. Esprit de corps. That’s what it’s all about, my friends. Same with the bombs.

The rest of that sentence is “turned the ignition switch on,” but I didn’t think I needed to include it all. Employment lawyers: is “built bombs on company time” a phrase you see often in these cases? I would think people generally know better. Build your bombs at home, not while you’re on the clock, that’s what it says in our handbook.

English apparently would indeed build bombs on company time from lengths of four-inch PVC pipe that he pumped full of acetylene gas (you can watch a tiny amount of acetylene blow up here) and wired to a battery charger. He would then plant the pipe bomb in an appropriate spot and detonate it when co-workers drove by. As you probably know, this is a real hoot. Nothing livens up the company picnic like a few IEDs. English testified, though, that “generally” his bombs were milk jugs full of acetylene. He said he tended to hide them in ditches full of brush, knowing that work crews would be using blowtorches to clear the brush away (that’s apparently how they do it) and this would set off the bomb. Another fun thing, referred to above, was to hide a jug bomb under the hood of a company truck and wire it up to the spark plugs. Man, good times.

At this point in the opinion, I was thinking that Mr. English sure was going into a lot of detail here, while under oath, about his bomb-making skills and his penchant for setting off the bombs near other human beings, especially since Bailey claims his hearing was damaged by one. At some point this also occurred to the judge, who then “advised Mr. English of his Fifth Amendment rights,” but happily for us, not until after the above testimony.

Once English’s own supervisor learned about all this, he terminated him immediately, and of course I’m kidding about that because English was promoted. He testified, though, that this was only after the supervisor “asked him to stop building bombs because there had been complaints”—not, apparently, because building bombs and setting them off near co-workers might be against company policy. The supervisor, a Mr. Fletcher, also testified, and it does sound like maybe he hadn’t taken the matter all that seriously. He first “disagreed with the use of the word ‘bomb,'” arguing they weren’t big enough to count, but he conceded an employee “could have been injured or killed by such explosions.”  Then there was this paragraph:

Yeah, the problem is not really explosions per se, it’s more that these ones were being set off for no reason in the workplace by a non-expert near unprepared and unprotected co-workers. That I think was the issue.

Anyway, Bailey testified that he complained about this and that after English was promoted, they continued to have problems. He suspected English was using his new position to mess with him in retaliation for the complaints. Bailey said this caused him a lot of anxiety and he sought professional counseling. He did stick up for himself on occasion, such as once when they were discussing “how to get a promotion around here” and Bailey asked English whether “blowing s*** up” might help. English reported such comments as “insubordination” and Fletcher eventually terminated Bailey for that reason.

The judge concluded, however, that this was more likely a pretext than a “fireable offense,” reasoning that since setting bombs and defecating toward employees apparently weren’t fireable offenses, “insubordination” shouldn’t be, either. This was despite (or maybe because of) some truly heroic efforts by Fletcher to split hairs about what was and was not a “fireable offense”:

Ultimately, the judge found Bailey had not “precipitated the employment termination by a volitional act … he would reasonably expect to result in the loss of employment,” he was just fired. He will now get the disability benefits he claimed. Although I have a feeling the transcript of this hearing could be more valuable to him in the long run.

My original source for this (among other things) was Tom Harrison of Lawyers Weekly, who has a great eye for bizarre headlines and circulates at least one daily. You too can sign up for his “Headline of the Day” list here, and should.

In Which a “Superior Legal Mind” Is Confused With Arrogance

Sasquatch in the Emergency Room