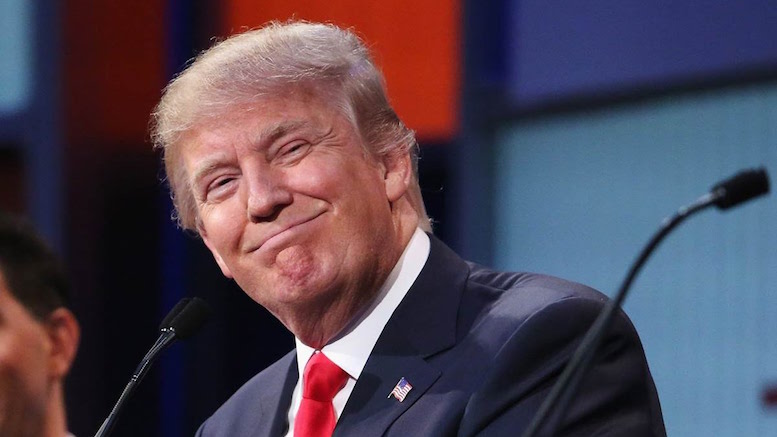 The Washington Post said a couple days ago that in Donald Trump’s recent statements about the “Trump University” lawsuits, he “goes too far downplaying the allegations by saying most of [the litigation] is already resolved.” That doesn’t go far enough.

I’ve been making fun of Trump, Trump University and the plaintiffs in these cases for several years now, so I think I’m qualified to comment on this.

If you don’t know yet what this is about, “Trump University” was what Donald called a seminar program that taught people how to make big money selling real estate. Or at least that’s how it was marketed. As I wrote in 2010 about one of the California cases, the plaintiffs allege they paid $1,495 for a “workshop” that turned out to be mostly about getting them to sign up for another workshop (the “Trump Gold Elite” workshop, just $34,995), which turned out to involve two days looking at properties (which you can do for free) and one trip to Home Depot (same). Not only did Donald not show up as had been implied, few of the “mentors” had any relevant experience.

This led to a number of lawsuits, at least two in California and one in New York, the latter brought by the state AG. As it happens—and I’m sure the timing is coincidental—New York’s Appellate Division issued an order in that case just this morning (PDF), so that offers a good summary of the AG’s allegations, which I am about to summarize.

Trump University started “educating” people in 2004, and was promptly told by the state’s Department of Education to stop doing that and also to stop calling itself a “university,” because it turns out you need a license to do those things in New York. Either get one, the department said, or get out. We’ll get out, TU responded, saying it would reincorporate in Delaware and stop running live programs in New York.

While it was in business, the AG alleges, it misled over 5,000 people into paying for seminars and mentor programs that ads said would feature “handpicked experts” explaining how to get rich. “In just 90 minutes,” Trump said in one ad, “my handpicked instructors will share my techniques, which took my entire career to develop….” (I was going to make a joke about that but then I decided I could probably share the techniques I’ve developed in my entire career in a lot less than 90 minutes, so I won’t.) Did Trump handpick, as he put it, “professors that are absolutely terrific … terrific brains, successful, the best,” to whom he communicated his proven real-estate techniques? Allegedly, “only one of the live event speakers had ever even met Donald Trump,” they weren’t “professors,” and in fact most had little or no experience in real-estate investing, “instead having prior work experience such as food service management….” Basically, the AG alleges, it was just a bait-and-switch operation.

In the California case, at least, plaintiffs allege they were led to believe Trump would be personally involved or would at least show up, and my favorite allegation is that some instead were offered the chance to have their picture taken with a cardboard cutout of the Donald.

Now, there are two ways to look at the situation. The first is that “Trump University” seems to have been at best a sham and at worst outright fraud. Plaintiffs allege they paid a lot of money and didn’t get what they were promised. That is, they were promised something, and they got nothing (or at least less than promised). If a person knowingly misstates an important fact, he intends another person to rely on the statement, and the person does rely on it and is harmed as a result, we call that “fraud.”

If, that is—and this is the second way to look at it—the person’s reliance was “justifiable,” which is also required. There are plenty of cases, believe me, in which a plaintiff claims to have been defrauded but it is highly doubtful they relied on anything, much less justifiably. (The best example being the Crunch Berries case of great renown.) So even if what Trump said was intentionally misleading, did the plaintiff actually rely on it, and would a reasonable person rely on anything that guy says? If not, then the plaintiff can’t prove fraud. This is why my headline for the 2010 post was “Paying $60K to Attend Trump University Was a ‘Big Mistake,’ Plaintiff Now Realizes.” (I was being a little sarcastic.)

I’m not sure Trump has another defense to these lawsuits, because the plaintiffs haven’t had much trouble identifying misstatements. In addition to calling the thing “Trump University,” they allege, there were for example no “handpicked” instructors, no special access to lenders, and no year-long “apprenticeship support” program, all of which were promised. Again, a plaintiff has to prove reliance and that the reliance was justifiable, and I’m not at all sure plaintiffs can do that. But Trump appears in marketing videos saying these things, so the whole misleading-statement part seems established.

But maybe he can prove there was some actual education going on, I don’t know.

As for the status of the litigation, when it came up during the debate on Feb. 25, Trump said twice that he had “won most of the lawsuits.” In fact, he has won zero of them. He hasn’t lost any yet, either, and he has won some legal rulings along the way. But the fact is that so far he has won none of the lawsuits.

Today’s ruling did not go his way, although some headlines are calling it a big loss or a “reinstatement” of the case, and I’m not sure that’s accurate. The AG brought six causes of action; the trial court dismissed one and held that a three-year statute of limitations (not six) applied to all of them. The appellate court reversed those rulings. The longer statute of limitations isn’t good for Trump, but the case would have gone forward anyway on the other claims. On the other hand, the court noted that the reinstated claim does not require the AG to prove fraudulent intent or reliance, which private plaintiffs generally do (and I think always should) have to prove. So for the reasons noted above, that could be bad.

The two California cases are not only still pending, they’ve been certified as class actions. And the most recent ruling in Makaeff (the case I made fun of in 2010) was to deny Trump’s summary judgment motion because there are fact issues for trial. These rulings don’t mean he has lost the cases (and some of the claims have been dismissed). But he sure hasn’t won them.

Just to be clear, I’m not saying I think these plaintiffs necessarily should win, because I think they very well may have trouble proving justifiable reliance. Again, this is based on my personal opinion that no reasonable person would rely on anything Donald Trump says.

This is just for litigation purposes, of course. I express no opinion about what it means for Super Tuesday.

Man With 86 Wives Will Have 86 Lawyers

The Latest on Your Homeland Security Dollars