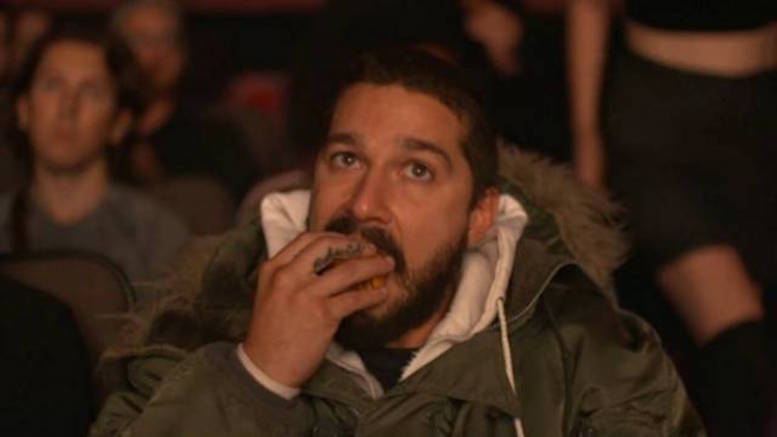 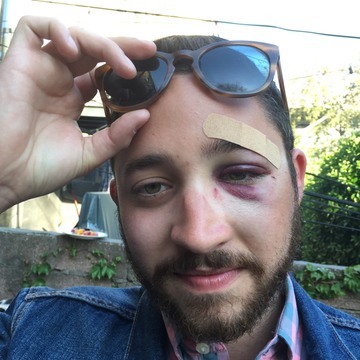 Gothamist reports that over the weekend, a New York man was sucker-punched while getting off the F train on the Lower East Side, apparently for the crime of looking exactly like Shia LaBeouf.

The evidence that this was the assailant’s motive includes not only Mario Licato’s remarkable resemblance to the star of the first three Transformers movies—and let us pause for just a moment here to reflect on the fact that there have been four movies (and will be a fifth) based on a line of toys that supposedly represent alien robots that for some unfathomable reason transform into Earth vehicles, and that these movies have earned over three billion dollars despite reviews such as “a horrible experience of unbearable length” (Roger Ebert)—but also the unknown puncher’s statement that “This is because you look exactly like Shia LaBoeuf.”

I didn’t even see the guy [Licato said]. I just see his fist coming towards me. It knocked me [down], and while I was falling down the stairs, all I hear was, “This is because you look exactly like Shia LaBeouf!”

Although he had just been sucker-punched, so maybe he didn’t hear the guy correctly?

I was so confused…. I got up and I was like, “Am I crazy or did I hear him say, ‘This is because you look like Shia LaBeouf?’ And [bystanders] were like, ‘Nope. That’s exactly what he said as he was running away from you.’

Licato said he has been stopped on the street several times because of his resemblance to LaBeouf, but that this is the first punch thrown.

“I wanna know what Shia LaBeouf did to him,” Licato told Gothamist. “He must have did [sic] something so mean. Did he steal his girlfriend? Did he just see his last performance-art piece?” Those might play well with jurors, especially if LaBoeuf also stole their girlfriends or they have seen his last performance-art piece (or any of them, actually). But they wouldn’t be a valid defense.

A LaBoeuf assailant might reasonably argue he felt threatened by the possibility of another performance-art piece or a return to the Transformers series (from which he has been uninvited) or maybe—most terrifying of all—the possibility that he will be in Indiana Jones 5. But while those threats are very real, a self-defense or defense-of-third-parties argument only works if you used force as a last resort. Pre-emptive strikes don’t count.

Can the Pope Legally Resign?