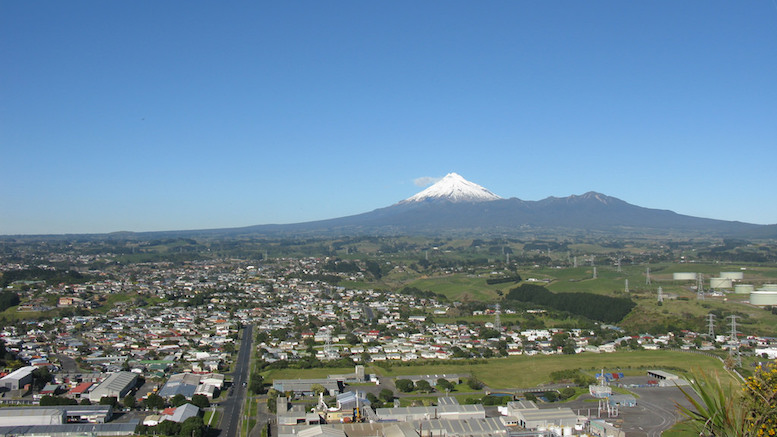 On January 12, the Taranaki Daily News reported that Judge Allan Roberts would be retiring at the end of the month after nine years on the bench in New Plymouth, in western New Zealand.

Later that day, a local resident came across the story and posted the following insightful commentary on Facebook:

Mr. La Rue apparently hoped “da fuka [would be] gne by fryday” because that would mean he would not be on the bench the following week, when Mr. LaRue was to appear in court to answer for a significant amount of unpaid traffic fines.

Of course, had he read the entire article, he would have known that Judge Roberts was not stepping down until the end of the month.

According to a report yesterday in The Spinoff, the transcript from Mr. La Rue’s appearance before Judge Roberts on January 21 is now available. That report posted images of the transcript. This is a slightly corrected and censored version.

The Court: Mr La Rue, you have been summonsed to court to deal with these outstanding fines, you know that, don’t you?

The Court: Fines outstanding, $6244. I’m going to send you to community work. Do you want to say anything?

Defendant: Happy with that.

The Court: Mr Registrar, would you just show Mr La Rue that. Open it up for him…. [to defendant] It’s a posting you created, isn’t it?

Defendant: Yeah, I was very intoxicated—

The Court: Read it out loud.

The Court: Read it out word for word. Your post please.

Defendant: The bottom one?

The Court: Go point it [out] to him, Mr Registrar please?

The Court: Who were you talking about?

Defendant: Well, I’m talking to [my] mate aren’t I?

The Court: No, no. Who are you talking about?

Defendant: Well, I’m guessing in respect to this post.

The Court: Who are you talking about when you talk about, “The f*cking old c*** with the saggy old chin”?

Defendant: Well, I guess I’m talking to you, sir.

The Court: Thank you.

Defendant: And I, I don’t really know what to say about that but I do apologise.

The Court: No, no, you don’t have to say anything, that’s what you thought.

The Court: For your own benefit, Mr La Rue, I don’t read that drivel. That was drawn to my attention by my registrar. You’re a brave soul though, aren’t you?

Defendant: Well, all I can say is you got me on that one.

The Court: I got you cold, mate.

The Defendant: You did and I apologise for that.

The Court: Now you’re hardly a picture yourself, are you?

Defendant: No I don’t.

The Court: Right. You’re otherwise indolent, aren’t you? Bone idle…. One: Outstanding fines $6,244 remitted. Two: Substitution 300 hours’ community work. Work off your laughter in the cells while we get the order typed.

The Court: In the cells.

Defendant: I do apologise for that.

The Taranaki Daily News quoted a local defense solicitor as saying that Roberts had not held La Rue in contempt for the posting, which after all was an out-of-court statement; apparently the order directing him to “the cells” was only temporary while the order was prepared. And Roberts did allow La Rue to substitute community service for a remarkable $6,244 in unpaid fines, money he presumably doesn’t have because he is “bone idle.” But given the range of discretion judges have in situations like this, obviously making obscene comments about them in publicly available Facebook comments or other kinds of social media is not a very good idea if one is scheduled to appear in court.

I just ran a quick site search for “Facebook,” and while I didn’t check every post, I’m not sure I’ve ever written a post involving Facebook in which using it turned out to be a good idea. I guess that makes sense, though, given what I think is funny. The previous example that comes to mind involving judges is this one, in which a young man appeared on Facebook posing with something he stole from a courthouse, and what he stole was the judge’s nameplate. Not a lot of room for interpretation there, mate.

Update: Well, apparently the transcript was available because the appeal was about to be resolved, because the appeal was just resolved. According to this report, the High Court of New Zealand (not their supreme court, just the next level up) reduced La Rue’s sentence by one-third on the grounds that Judge Roberts may have been influenced by the rude comments. “However amusing these exchanges may have been for the interested bystander,” the court wrote—and they were fairly amusing—”it is an inappropriate way to deal with a matter of unpaid fines.” Well, maybe. At least La Rue got to work off his laughter in the cells for a few hours.

All Briefs Should Now Be in Comic-Book Form