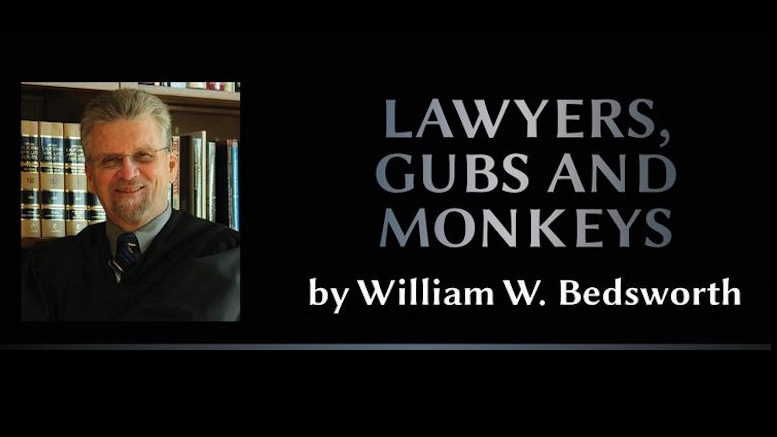 I try to get a post out every day, and though I don’t always manage that, I have managed to eke out a fair number of posts over the years. Some days it’s difficult, some days not. And some days a thing turns up that not only must be addressed immediately, it has more or less written itself before I can get to the keyboard. The Crunch Berries class action was one of those. Also when it turned out Osama bin Laden used to wear a cowboy hat outside so he couldn’t be recognized from the air. A DEA agent testifies that you can’t legalize marijuana because rabbits will get stoned. That kind of thing.

I imagine something like that happened when the Foranyic case showed up in California’s Fourth District Court of Appeal and Justice William Bedsworth heard about it. “Wait—he’s arguing they didn’t have probable cause just because he was riding his bike around at 3 a.m. carrying an ax? Gimme.”

We conclude that a reasonable police officer, considering the totality of the circumstances, would reasonably suspect criminal activity might be afoot upon viewing someone on a bicycle, with an ax, at three in the morning…. The officer could reasonably eliminate firefighting and lumberjacking from the list of possible pursuits Foranyic might have been engaged in…. While it is true that there are many legitimate uses for an ax, they are generally daylight activities.

There, of course, he was restraining himself a little because he was writing a judicial opinion, but you can still sense the glee he must have felt upon getting a look at those facts. Because unfortunately, there aren’t that many opportunities to use humor appropriately when the law is your day job. There are some, but not enough. And this drives some people to do it in their spare time. Justice Bedsworth has been doing that for years in his long-running column, “A Criminal Waste of Space.” For example:

I spent a long time practicing criminal law. Believe me when I tell you there is no non-culpable explanation for monkeys in your underpants.  (From “Monkey Business Can Be Hard on Monkeys”)

I mean, I can be sitting there, absolutely determined that there is nothing this attorney can possibly say [at oral argument] that will make me open my mouth…. And then he will say, “Glockenspiels were grown hydroponically by the ancient Egyptians to enable them to ward off scurvy on their twice-monthly trips to West Palm Beach”—or the legal equivalent thereof—and I just can’t help myself.  (From “Carpentry Without Tools”)

Commissioner Grodin, desperately trying to do the right thing for this man and his monkey, arranged a four-party, tri-state monkey smuggle only slightly less complicated than the Treaty of Guadalupe Hidalgo. There were fewer players involved in the trade that moved Manny Ramirez to the Dodgers.  (From “The Tyranny of Small Laws”)

Those are taken from his new book, “Lawyers, Gubs and Monkeys,” which is his third collection of essays from the column. (Well, the first quote—for which The Times of London gave him the “Judicial Wisdom of the Year Award”—is from the original column, but the operative sentence is in the new book, too.) I am recommending it, and not because I have any cases pending in that district, which I do not, or because I get any money if you click on the Amazon link, which I also do not. It is a very funny book.

I think my favorites are “Two Friends and a Limo,” about his colonoscopy—and if somebody can make a colonoscopy funny, he’s worth reading—and “Send In the Clowns,” which is about his wife’s visit to a doctor who wanted her to sign, among other things, a form saying that as a condition of being admitted she agreed to be photographed with “celebrities, clowns, musicians, or other entertainers” who might visit during her stay. This apparently had been copied from some standard form used at a childrens’ hospital. His wife is also a lawyer, though, so she got out her red pen, and that along with other questionable clauses got carved out before she was willing to sign. (Even though, frankly, the odds that a clown would show up during her mammogram were probably low, I admire her willingness to take a stand.) And I thought those tales were laugh-out-loud funny.

Most of the essays are on law-related topics, as you might expect, although I’m using “law-related” there in the same sense I use it here. That is, loosely. These are written to entertain, and they succeed, but you will learn a few things too. Will they be useful? I’m not sure. I think it’s important to know that the U.S. Bureau of Prisons sometimes allows prisoners it’s transferring to another prison to “transfer themselves,” unescorted, by just giving them a bus ticket. Really. And “[t]o the apparent astonishment of the Bureau of Prisons,” as Bedsworth notes, “some of these prisoners have failed to appear at their destination.”

He has the right perspective on things like this, in my view. So if you enjoy marveling at this kind of absurdity—and I assume you do, or you wouldn’t be here—this is a book you should consider. Or if you have a case pending in the Fourth District, not that I really think it would do you any good. But at least you’ll know what to expect.

Good Reason to Kill #64: Threw Away Your Lego Collection