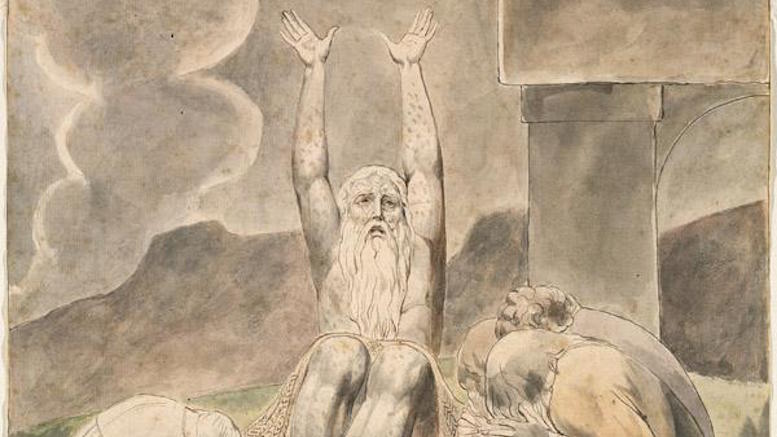 Always bitching about something or other

Once the sons of Men endured in silence though calamities were laid upon them, and their grief was heavier than the sands of the sea. Though their sheep were taken, and their harvests burnt, and their families confused, and their rabbits hidden, yet did they sin not, nor charge God foolishly. Only when afflicted with boils, which truly sucketh, did they complain; and when the Lord answered out of a whirlwind, they repented even of their words spoken in extremity. Thus did the righteous act in the days of the Patriarchs, fearing the wrath of God.

Now they try to take Him to court.

The Times of Israel reports that a resident of Haifa, who was not identified but who, statistically, is 82% likely to have been an Israelite, filed a petition in the Magistrate’s Court there for a restraining order against God. The reporter apparently has a transcript of the hearing, and yet has failed to link it, which hath caused me to rent my garments and wail in frustration (working at home today).

According to the report, however, the man argued (representing himself, unsurprisingly) that over the past three years the Defendant has “exhibited a seriously negative attitude toward him,” though no details are provided. Given the attitude He is displaying towards some other people at the moment, and mainly the Syrians come to mind but also the people of America, whom He has afflicted with Donald Trump, the petitioner must have been through some real hardship if he can call the attitude “seriously negative.” But so far we don’t know what his suffering entailed.

The report says that the petitioner told the court he had tried to get a restraining order from police several times during his three-year ordeal, but all they would do was send a patrol car to his home. I assume they were going there to check on the petitioner, not to see whether God was really causing a disturbance. The presiding judge also suggested the petitioner needed someone to check on him, saying he “needed help not from the court but from other sources.” He wisely denied the petition.

This is not, of course, the first time somebody has tried to sue God, but previous attempts haven’t been any more successful. You have problems right off the bat with service of process, and that’s just the beginning.

Speaking of the Book of Job, that was one of the tales I rewrote (parts of), lawyer style, for The Green Bag a while back for a couple of essays called “If Great Literary Works Had Been Written by Lawyers.” Thou mayest enjoy them at the link.

Professor: Maybe Secret Legal Memos Are Secret Because They Suck

Wells Fargo Fires Man for Stealing a Dime 49 Years Ago

Executioner Wanted: Must Have Own Hood