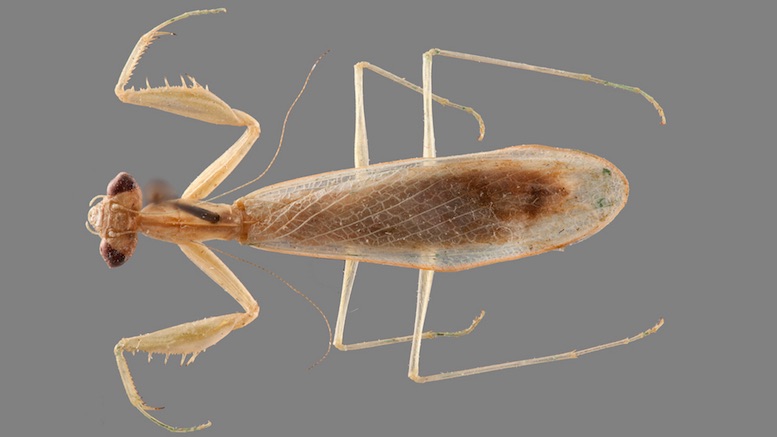 You probably wouldn’t have expected to see the phrases “Ruth Bader Ginsburg” and “insect genitalia” in the same sentence, but you know what? You just did.

In a new article (which I suppose won’t be “new” to you if you subscribe to the journal Insect Systematics & Evolution, but I’m willing to take that chance), two researchers at the Cleveland Museum of Natural History have announced that they’ve developed a new method of distinguishing between species of praying mantises. See Sydney K. Brannoch and Gavin J. Svenson, “Leveraging female genitalic characters for generic and species delimitation in Nilomantis Werner, 1907 and Ilomantis Giglio-Tos, 1915 (Mantodea, Nilomantinae),” in Insect Systematics & Evolution (May 2016). What was wrong with the old one, you’re probably wondering, and the answer is, partly, that it was sexist:

“This species description of Ilomantis ginsburgae is novel since it relied heavily on the features of the female genitalia,” said lead author Sydney Brannoch…. “As a feminist biologist, I often questioned why female specimens weren’t used to diagnose most species. This research establishes the validity of using female specimens in the classification of praying mantises. It is my hope that our work not only sets a precedent in taxonomy but also underscores the need for scientists to investigate and equally consider both sexes in other scientific investigations.”

Yes, until now scientists have distinguished between species only by looking at the business of the male mantis. Based on the video clip accompanying the announcement, the reason for this isn’t  entirely clear, but could be because the male’s whatever-they-call-it is easier to find and dissect. That doesn’t seem too sexist to me, but the result is apparently that less is known about the females of any given mantis species because nobody knows how to tell their yoo-hoos apart. Which does seem kind of sad. The new method corrects that by proving that it can indeed be done. If you want to know more about it, feel free to cough up $30 for a copy of the journal article. The foregoing was plenty for me personally.

In the course of this research, Brannoch and Svenson were able to identify a new species of mantis by looking at a specimen that has been around for a while but apparently lumped in with something else. They named the species Ilomantis ginsburgae after Justice Ginsburg, for two reasons: (1) because this is feminist biology, they wanted to honor Justice Ginsburg for her “relentless fight for gender equality”—and she is indeed bad-ass for that and other reasons, as I have said before; and (2) it has a thing around its neck kind of like one of the jabots she sometimes wears. 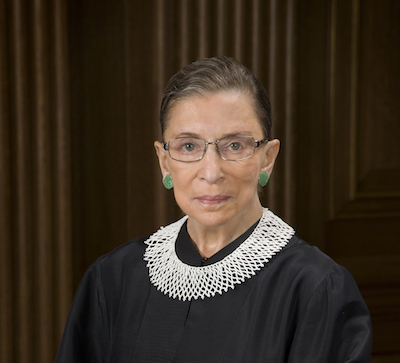 I guess it kind of looks a little like that, but the other reason was fine.