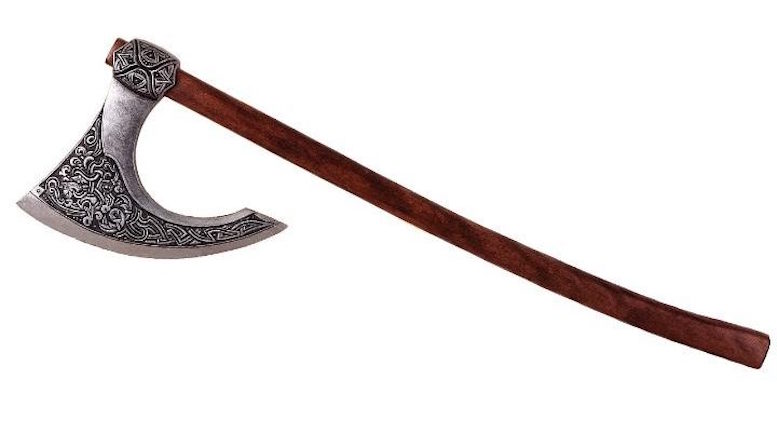 Smirking alone will sometimes justify violence, but when a man smirks about a missing battle axe, well, there will be blood.

On June 15, a 21-year-old Welshman pleaded guilty to assaulting another man he apparently suspected of stealing a friend’s Viking battle axe. Both men are students at Trinity St David’s University in Lampeter, and the assailant (and probably also the victim) is a member of the school’s Viking Society, a student group that—well, they do this kind of thing: 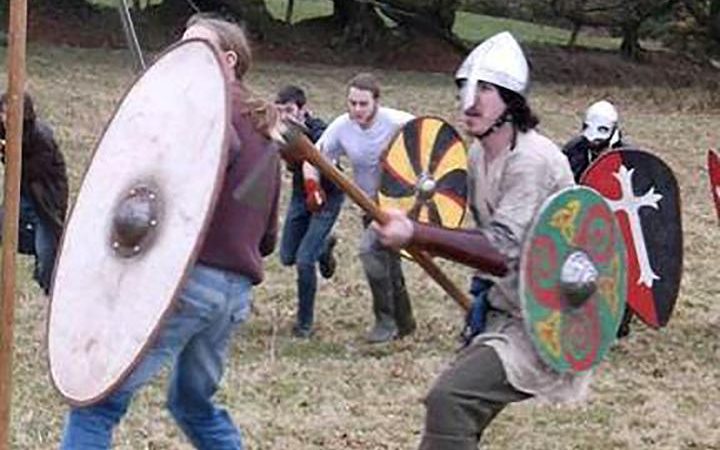 As you can see here, the Vikings used a range of military gear. Normally they used small shields, but sometimes adopted a large oval shield if necessary to protect their favorite jeans or sweatshirts. The elite were often equipped with helmets, but the rank-and-file generally had to make do with heavy sideburns. Vikings tended to favor axes like the one shown above, although experts agree they would bring more than one with them on any given raid so they wouldn’t have to share, which could get super-awkward.

It’s not clear how many of these axes this particular Viking Society has, but one of them has gone missing. We know this because it was the basis for the assault; according to reports, the assailant approached the other man and asked him, “Do you know who I am?” He then gave his name and identified himself as “a member of the Viking Society.” Most likely the target was duly impressed. “I have it on good authority that you know where Scott Jackson’s axe is,” the assailant continued, apparently referring to the one above, which had vanished from the Society’s armory.

He told officers that the victim then “smirked” at him, causing him to lose his temper and headbutt him in the nose.

The victim called police, who went to the assailant’s room to arrest him. They then detected an odor of cannabis, and seized contraband with an estimated street value of £2.60, which at the time was worth about $5 but is now more like 27 cents.

Not only did he lose his cannabis, the headbutt cost him about £335 in fines and court costs (although, again, not that big a deal if he waited until recently to pay it). He also said he was receiving counseling for anger-management issues, which has got to be the most embarrassing thing any Viking has ever had to admit.

“I’m the Next President,” Says Guy Who Will Never Be President

In Case Relating to Internet, Be Sure to Explain to Judge What an “Internet” Is

Man Claims He Lost 500-Pound Emerald In Fire, But Some Have Questions