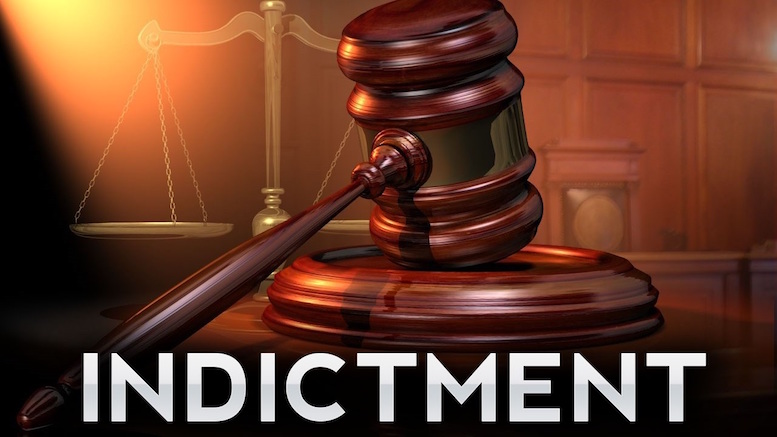 We don’t know how he voted, nor are we likely to find out, because grand jury proceedings are secret. But we do know that Raylon Parker served on a grand jury that ended up considering, among other indictments, his own.

A majority of the grand jurors voted to indict him.

This happened in Halifax County, North Carolina, presumably in the town of Halifax because that’s the county seat. Halifax (which as I’m sure you know was named after George Montague-Dunk, 2d Earl of Halifax) only has two or three hundred people, with about 50,000 in the whole county, so it’d be understandable if they were short of jurors. But you’d still think there’d be some sort of arrangement to make sure that juries voting on indictments don’t include any of the people getting indicted.

And maybe there is, but if so, it didn’t work here, according to the report in North Carolina Lawyers Weekly:

The highly unusual situation came to light when the clerk examined the indictments and noted that the defendant in one of the cases had the same name as a grand juror. [Judge Alma] Hinton said she was preparing to call Parker into the courtroom when he asked to approach the bench. [Upon learning it was indeed the same person, she] immediately removed him from the grand jury.

Oh, it’s just a procedural issue: they just need to compare the names of the grand jurors with the names on the indictments before the vote, not after. That should take care of the problem. And it may be a problem, because the assistant DA claimed he had seen this happen before (although the judge did not agree that it had).

You could also try asking jurors to raise their hands or something if they notice they’ve been indicted, but that would be an inferior solution, as this case shows. Because we don’t know how Parker voted, but we do know he was there when the evidence was presented against him and that he participated in the vote. “I asked him if he stepped aside when the matter was voted on,” the judge said, “and he did not.” Presumably he was not in the majority.

Although it is possible that he agrees he is guilty of assault with a deadly weapon with intent to kill—or, I should say, that there is at least enough evidence to prosecute him for that charge. You could be innocent and yet agree that probable cause existed to prosecute you. That’s not impossible, although I would estimate the odds of that ever happening to be about the same as the odds of Mexico paying for that wall. The assistant DA noted that if he did vote against himself, and people found out about it, that would certainly look bad at trial. “If he indicted himself,” he explained unnecessarily, “that’s a statement against him.” It sure would be.

Use of F-Bomb Before Supreme Court Discussed