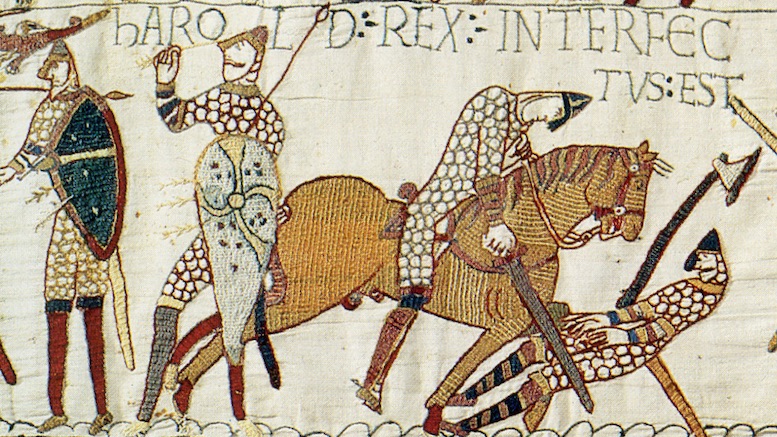 When debates were even less pleasant than they are today

Well, I didn’t say it was breaking right now.

This weekend will be, in fact, the 950th anniversary of the Battle of Hastings,1 where a bunch of quasi-French-speaking ex-Vikings established the right to make significant changes in English law. This was back when one established such things not by referendum, for example, but rather by dismembering those who objected. Elections can certainly be nasty, but they do seem like an improvement over this older approach. Not always much of an improvement—this is a special year in the U.S., of course—but an improvement.

Hastings is the first place I visited here in the U.K., and because I insisted on doing as little planning as possible, I didn’t realize I would be going there just a week before the 950th anniversary. They have a reenactment every year (hopefully without the dismembering part), and since this is the 950th anniversary they expect about twice as many reenactors to show up as usual. That means there may be over a thousand nerds in 11th-century gear running around yelling this weekend, which I have to admit would be kind of cool. Okay, I want to be a reenactor myself, but I forgot to bring my armor. So much for spontaneity.

This view was probably less lovely with 10,000 Normans in it 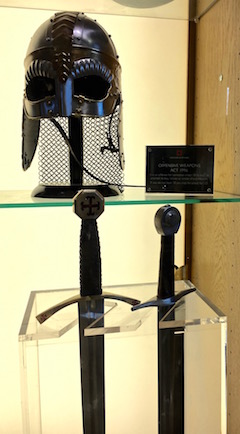 While you can of course buy armor and weapons in the museum shop, all they had in stock when I was there was this helmet and a couple of not-at-all-sharp swords. I’d probably have bought a sword anyway if I didn’t think it would complicate the check-in process for my return flight, plus it wouldn’t fit under the seat in front of me.

Note that the sign in the display case states that it is a violation of the Offensive Weapons Act 1996 (as amended) for anyone under 18 to attempt to buy one of these swords. I’m not 100% sure that’s true, though. The Act applies to “(a) any knife, knife blade or razor blade, (b) any axe, and (c) any other article which has a blade or which is sharply pointed and which is made or adapted for use for causing injury to the person.” Doesn’t specifically mention swords—although swords are mentioned in the Scottish version of the statute (I assume because of “Highlander”). As for subsection (c), these have “blades,” but that doesn’t count unless an item is “made or adapted” for causing injury. These aren’t sharp, so I think it may not actually be illegal in England and Wales for children to buy them as is.

I didn’t bring this up at the time, but may this weekend if I go back. Parents can look forward to that.

So, back to the Norman conquest. To be fair, the Normans didn’t dismember everybody who objected to their presence, just enough of them to get the rest to stop objecting. (That’s usually how it works in practice, actually.) In this particular case they had to dismember (or stab, or both) about 4,000 people to get a consensus, although to be even more fair that was only because all 4,000 of them happened to be standing in front of King Harold at the time. Bad place to stand, guys. Nobody knows exactly how King Harold died, although the traditional story is that he got hit in the eye with an arrow, at roughly the spot marked by the plaque shown below. 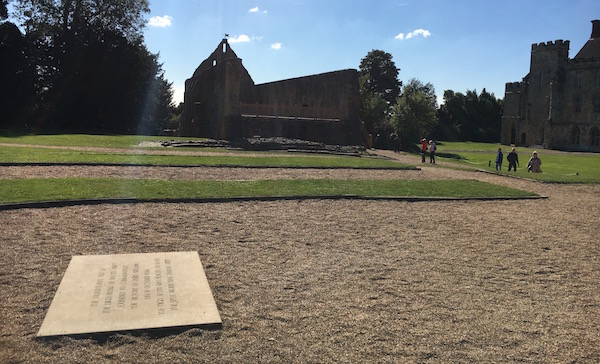 Another bad place to stand

It’s a lot safer there right now, as you can see.

Once Harold was dead, it was all over but the shouting in French. By Christmas, William had been crowned the new king of England.

This nonsense is all semi-relevant here because William not only brought along about 10,000 armed friends (who, by the way, were all in clear violation of section 139 of the Act), he also imported his lawyers. Because just to add insult to extremely significant injury, he then imposed Norman law on his new subjects. This was less revolutionary that the previous sentence suggests, though. According to the research I’ve been able to do in this pub between my third and fourth pints, the Normans actually kept most of the existing system, and not surprisingly most of the major changes were in property law. Even less surprisingly, most of these changes favored Normans. It also appears that they tried to cut back on “trial by ordeal,” though not trial by combat, which was significantly cooler and so remained legal for another 800 years (at least). Also they were not fans of slavery, although, again, didn’t quite get around to abolishing it for a while. So those go in the win column.

But they cannot possibly outweigh the Normans’ greatest crime: infesting English law with French legal terms, which still lurk in legal terminology to this very day.

Here are just a few examples, now based on research done between my fourth and fifth pints:

Even worse, they often did not have the simple human decency to choose between the English and the French/Norman word for something, and so to this goddamn day we are stuck with “doublets” like “aiding and abetting.” This literally means “helping and helping.” Now it’s a term of art and we’re stuck with it. Horrible! “Will and testament.” “Goods and chattels.” “Part and parcel.” It goes on and on. Pick a friggin’ word, Normans! But no.

It is possible that some of those, and many other doublets, come from the continuing use of Latin instead of French. It’s also more complicated because both English and French include words originally derived from Latin, so ultimately the Romans could be to blame. But that doesn’t fit my theme of blaming the Normans here, so that’s all I’m saying about it. The important point here is, unless you can’t avoid it because it’s a combined term of art now, DO NOT USE the French or Latin words for something. Or at least don’t use more than one word for something.

Unless some quasi-Viking is waving a giant knife at you, in which case do what he says. Don’t be stupid.

1 FYI, the Battle of Hastings wasn’t actually fought at Hastings, which is on the coast, but on a hill about eight miles north. The town that surrounds the battlefield now is called “Battle,” but it didn’t exist at the time. That’s good because otherwise it’d be the “Battle of Battle,” which would be very confusing. (I was tempted to have a heart attack there so my headstone could say I “died in Battle,” but I decided it wasn’t worth it.)

French Town That Banned UFOs Is Still Banning Them

Californians Can No Longer Be Forced to Join a Posse