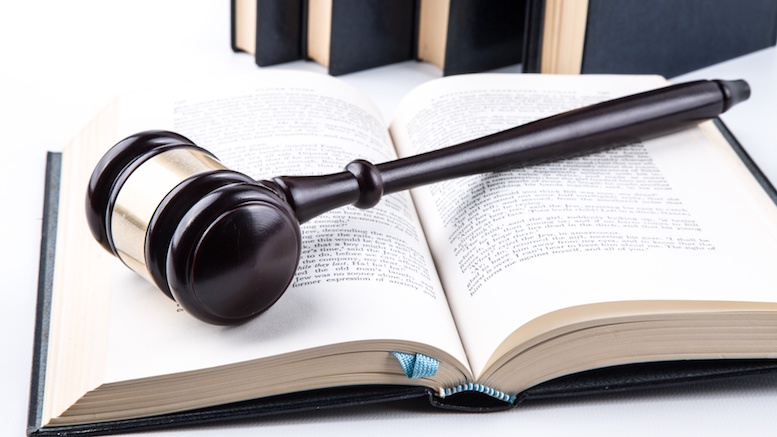 Speaking of democracy, in Illinois a woman who is currently under indictment for allegedly impersonating a judge was elected Tuesday to be a real judge. The state supreme court had already ruled that Rhonda Crawford could not take the bench if she won, but she got over 74,000 votes anyway.

This all stems from an odd incident in August when a judge let Crawford—then a law clerk—wear her robe one day. That’s fine, but prosecutors allege Crawford also heard and ruled on three cases, which isn’t. As Prof. Steven Lubet has written, this is not quite as crazy as it sounds, because Crawford was not only seeking a judgeship at the time, she had already won the Democratic primary by then and (this being Chicago) was running unopposed in the general election. So that was basically a done deal, and apparently the judge let Crawford get in a little practice beforehand. But even though only minor traffic offenses were involved, this is just not something one can do before actually taking the bench, and the chief judge suspended both of them pending further investigation. The high court later suspended Crawford’s law license as well. Another judge decided to mount a write-in challenge, given the circumstances, and the high court barred Crawford from being sworn in even if she won.

According to Tuesday’s report, the state board of elections has declared Crawford the winner, but the seat will remain vacant because she cannot take office. If she were to lose her license or be convicted of a felony, then she’d be permanently disqualified and the high court could appoint someone to serve until the next election in 2018. Presumably if Crawford were to be cleared before then, she would be able to take the bench, but it isn’t clear when the ethics and criminal charges will be resolved.

It also isn’t clear whether the 74,000 voters who supported Crawford knew about all this, or knew but just didn’t care. Her opponent said she got “several thousand” write-in votes, but conceded it was not nearly enough to win. She said she was shocked by how many of the voters she talked to knew nothing about the scandal, although maybe she shouldn’t have been. “She’s not the winner,” the opponent said, “she’s just the person who got the most votes.” Well, that does make her the winner, actually, it just makes her a winner who can’t accept the job, at least for now.

In 2012, Illinois voters elected Rep. Derrick Smith to another term in the state House although he had not only been indicted but kicked out of the House for taking a $7,000 bribe. (Bonus points: Smith was caught on tape referring to the money as “cheddar” and counting it out one bill at a time.) The House could not expel him a second time for the same offense, so he reclaimed his seat and served for two more years before losing in the next primary. In fact, he continued to serve even after he was convicted in June 2014, possibly because he was not actually sentenced until the following April, by which time he had left office.

This may be relevant to the question some of you have asked recently, just coincidentally and for no particular reason, as to whether somebody who’s been indicted and/or convicted can still take office anyway. Generally I think the answer is yes, but don’t quote me on that yet. See also “Can a Convicted Felon Serve in Congress?” Lowering the Bar (Dec. 24, 2014) (concluding that yes, one can, although he ultimately didn’t).