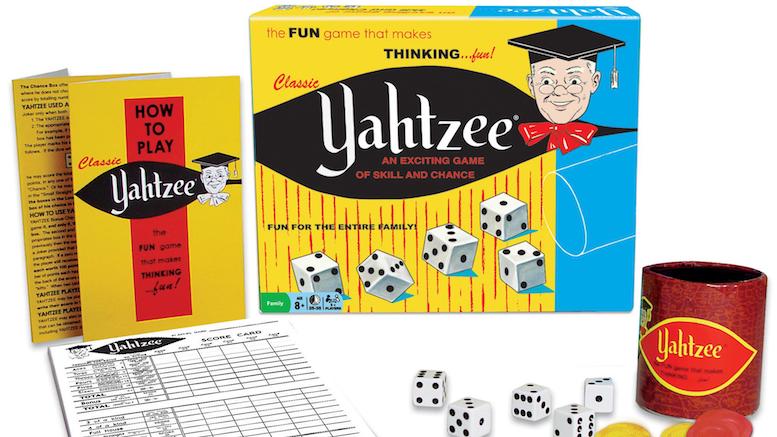 Classic Yahtzee (image: not sure, but Hasbro owns it now)

Well, this is awkward.

I was linking in another post to GRTK #19, which I referred to (and renumbered) as GTRK #2 because it was a second example of Yahtzee-related violence, when I noticed that the original GTRK #2 post seems to have disappeared. This may be because (as I recall) I later decided that I would not include fatal incidents in this category, on the theory that death usually makes something significantly less funny, and I probably meant for what was then #19 (a non-fatal Yahtzee-related assault) to replace the original and become #2. But if I deleted the original #2, as I seem to have done, then the later posts are off because they refer and link to something that went down the memory hole.

So basically this is a “retcon” post to take the place of the original so my links will all work.

Have I been doing this too long at this point? Yes, I probably have.

Anyway, the original incident happened in Tampa in June 2007, and it was indeed fatal. This report does say that the argument began during a game of Yahtzee, but doesn’t tell us what the argument was actually about. In the original post, and this is again based on my memory, right about here was where I deployed what I thought was a pretty decent joke about the likely trigger being the well-known discrepancy between the 1956 and 1961 rules regarding the use of a Yahtzee as “jokers” in the upper section of the scorecard. That joke is referenced in GRTK #19/2, so historians know it existed, but sadly the original joke may now be lost.

….Well, let’s make this even more ridiculous. I just took the time to dig up the original post from the Wayback Machine‘s archive, which now creates a further dilemma: do I just put the text back where it was, or keep this 2016 text explaining the absence of a 2007 post? And do I date it 2007, even though it was written in 2016, so everything’s in order (sort of)?

Just to confuse things even further, I think I’ll do all of the above by publishing this as a 2016 post, including the original, and then later changing the publication date back to 2007. Then we can all get back to our lives, how’s that? 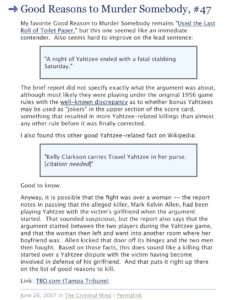 On the internet, nothing is ever really lost

So there you go. (Note: The original title and number were completely random, much like this entire post.)

Monks Brawl Over Jurisdiction at Tomb of Christ