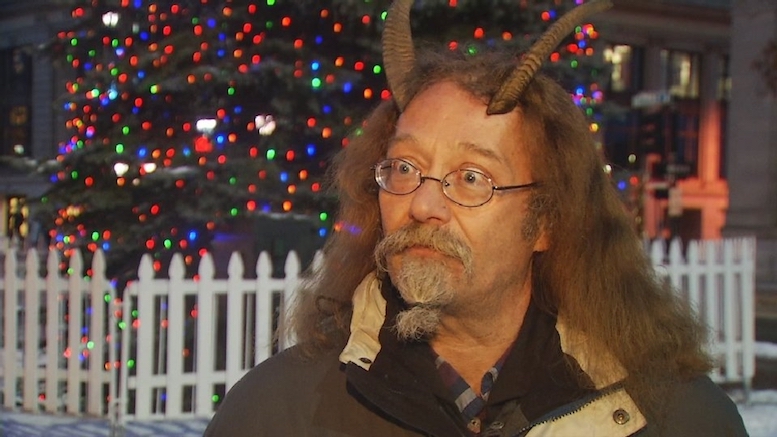 Phelan Moonsong says he always wears his goat horns unless he’s sleeping or bathing, and so it makes sense that he’d want to wear them in his driver’s license photo. How else is an officer, TSA employee, or other license checker supposed to recognize him? Plus, the horns serve as his “spiritual antennae” and help him educate others about paganism, according to Moonsong.

He needed to educate the authorities in Maine a little bit before they’d approve the license photo, but they finally did. He got his new license last week. 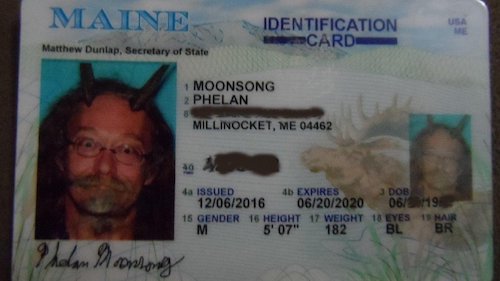 Moonsong told The Wild Hunt, a neo-pagan news journal, that he changed his name in June (it may not surprise you to learn “Phelan Moonsong” isn’t his birth name) and so needed a new ID. So in August, off he went to the DMV. “He stood in line with other residents,” the report says, “who asked Moonsong about the significance of his horns.” I imagine they did. 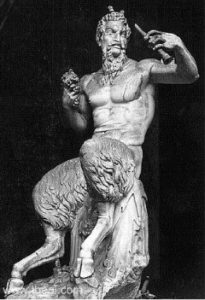 The clerk also had some questions, like whether the horns were implanted (they aren’t), and whether they were a religious symbol (they are). The clerk took the photo, but then said he’d have to get it approved by the Maine Secretary of State’s office, and would need to send some documentation of the fact that these are officially required religious symbols.

There is no “official” pagan governing body or doctrine, of course, but Moonsong wrote a personal essay on why the horns are important to him, explaining their historical and religious significance. The report cited a number of sources for this, none of which I had on my shelf but I was able to find the paper “Horned Gods: A Comparative Mythology Perspective” online. There is no shortage of horned gods, it turns out, assuming you’re not partial to monotheism. 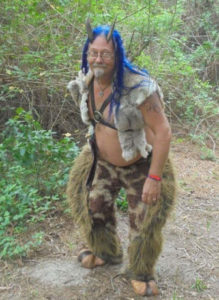 Moonsong says he’s a priest of Pan, which would explain this getup here. Well, the resemblance isn’t that close, I guess, but the horns are kind of similar. You might mistake him for a nature spirit if he were leaping about in the brush, although the blue hair isn’t exactly traditional, if that’s the right word here.

Apparently his essay didn’t do the trick, because he didn’t hear anything for a while, and when he called to check he was told his horns wouldn’t be allowed in the photo. He then seems to have visited the office personally, horns and all, and mentioned that he was seeking legal help. Whether that made the difference or not, the horns were approved shortly thereafter.

According to an expert the Washington Post spoke with, state officials will generally accommodate requests like this, even if they may be less sincere than Moonsong’s, unless the religious garb covers the face and so would defeat the purpose of identification. Muslims are allowed to wear headscarves, Sikhs can wear turbans, and even some Pastafarians have been allowed to wear their colanders. (Not all of them, though).

Moonsong told the Post that one of the benefits of his new ID is that he’ll be able to fly to California, where he says some of the best pagan festivals are. So I assume his next battle will be with the TSA. He’s got ID now, but they’ll surely be concerned he might try to butt his way into the cockpit if allowed to wear his horns on board.

Study: Lawyers Under Stress Are Critical, Cautious and Distant