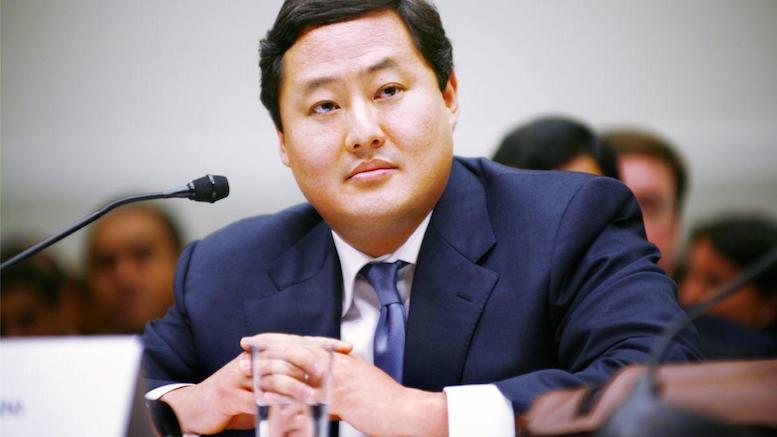 Well, look who it is! If it isn’t John Yoo, the Bush Administration lawyer who will be forever be known to history as The Guy Who Wrote Those Formerly Secret Legal Memos Justifying Torture, assuming such acts can still be criticized in the hypothetical future thus envisioned. As I have mentioned before, although maybe not in sufficient detail, I think Yoo’s actions were pretty despicable and, also, that his memos totally sucked. See “Professor: Maybe Secret Legal Memos Are Secret Because They Suck” (July 30, 2012); see also “Would the Last Civil Right in America Please Remember to Close the Door on Its Way Out?” (May 2, 2012).

So Mr. Yoo, who is, oddly, now a professor at UC Berkeley’s law school, has somehow managed to smuggle an op-ed piece into the New York Times entitled “Executive Power Run Amok,” in which he delivers his carefully considered opinion that, perhaps, one might be importuned to raise an eyebrow at the doings of President Donald J. Trump.

This is a real hoot.

The op-ed begins by musing about what Alexander Hamilton, “our nation’s most ardent proponent of executive power”—which he might arguably have been before another really ardent proponent of that shot him dead—might think if faced with The Trump’s actions these past two weeks. Turns out Hamilton would think what John Yoo thinks now! He would be worried, you see.

Yoo spends the first third of the piece trying to squeeze into Hamilton’s britches, in fact, going on about Hamilton’s belief in a strong presidency and noting that “[m]any of Hamilton’s intellectual admirers today”—John Yoo, perhaps?—”endorse the theory of the unitary executive,” which holds that the president has enormous power, including “the powers to conduct foreign affairs, protect the national security, interpret and execute the law and manage all lower-level federal officers.” (You may have thought that the judicial branch “interprets” the law, but not under the Hamilton-Yoo Unified Theory of Power, apparently.)

“As an official in the Justice Department,” he continues, “I followed in Hamilton’s footsteps”—sorry, I just snorted vodka out of my nose. No, no, do go on. “—followed in Hamilton’s footsteps, advising that President George W. Bush could take vigorous, perhaps extreme, measures to protect the nation….” Controversial, this idea that some might consider things like indefinite detention without trial and torturing prisoners to be “perhaps extreme,” but there it is. Sorry, did I say “torturing”? Of course I meant, “enhanced interrogation,” the nauseating term Yoo uses here. “Enhancedly interrogating prisoners,” that’s what I meant to say. Yoo was also, unsurprisingly, totally fine with President Obama’s use of this authority to blow up U.S. citizens without a trial, which I also thought was very much, and very obviously, not okay. See, e.g., “The Drone Memo: More Comedy About the Death of Freedom” (Feb. 6, 2013). Professor Yoo disagrees, however. The presidency, it is robust.

Then the bombshell: All the foregoing drivel notwithstanding, “even I have grave concerns about Mr. Trump’s uses of presidential power.”

Well, depending on what he might mean by “grave,” he may finally be right about something. If even Alex— I mean, even John Yoo is worried about Trump, maybe this will knock a little sense into people who aren’t. But then, this is John Yoo’s opinion we’re talking about. And hearing from him, frankly, is a little like hearing the guy who built Jurassic Park criticizing the guy who built Jurassic World. “I firmly believe it is a good idea to create huge monsters that eat people if given half a chance. But even I have grave concerns about this new, even huger monster.”

Well, he’s not wrong, I guess. But that doesn’t mean we want him to get any more involved at this point. He’s done enough.

Clown-Suited Blackmailer on a Tiny Bike Gets Prison