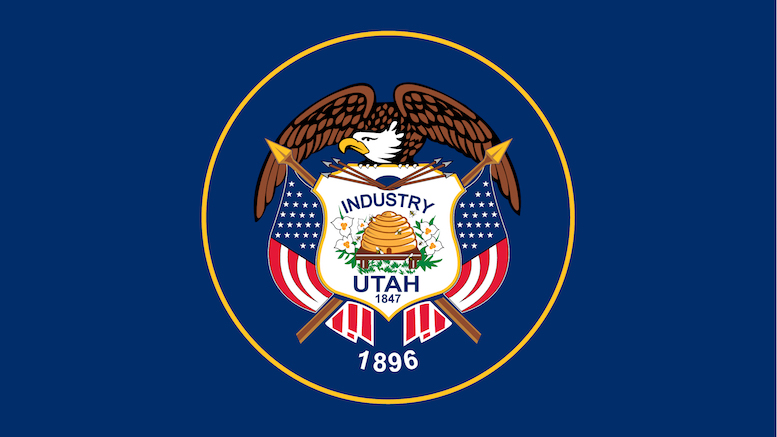 Men can do this too—this case just happens to involve a woman. But you could say it’s another step forward in the fight to ensure women can do anything men can do. Though “backward” or “sideways” might be more accurate.

While I was traveling I seem to have missed the Utah Supreme Court’s decision last October affirming Bagley v. Bagley, a case I mentioned in 2015. See “Utah Court Says Woman Can Sue Herself” (Feb. 19, 2015). The facts: Ms. Bagley lost control of a car and her husband was killed in the resulting accident. She had an auto-insurance policy with State Farm. Maybe you see where this is going?

Utah’s wrongful-death statute says a person’s heir or personal representative can sue whoever caused the person’s death when the death “is caused by the wrongful act or neglect of another.” The defendant(s) argued, and the trial court agreed, that this means “of someone other than the heir or personal representative.” That is, the heir or representative can sue as long as they didn’t cause the death. But the plaintiff(s) argued that it means “of someone other than the decedent.” That is, the heirs can sue as long as the decedent didn’t kill himself. The Court of Appeals has now agreed with that.

The Utah Supreme Court has now also agreed, at least with the result:

This case is about whether a person acting in the capacity of sole heir and personal representative of an estate can sue him or herself as an individual for damages …. The district court dismissed her lawsuit, concluding that the plain language of the statutes and certain public policies precluded a person from simultaneously acting as plaintiff and defendant in a wrongful death or survival action suit, regardless of the capacity in which that person was acting. The court of appeals reversed, concluding that the statutes unambiguously allow Ms. Bagley to maintain this lawsuit. We agree with the court of appeals.

(Emphasis added.) That is, the supreme court agreed the statute allows someone in her situation to bring the lawsuit. It refused to decide whether such a person—that is, the heir of someone he or she accidentally killed—should actually be able to recover insurance money as a result of the death.

Attention law professors: this might be a good case for teaching statutory construction, though it might also cause brains to explode. Here’s an example. Defendant Bagley—who had sued herself—argued that she could not sue herself because the law describes “an action for damages against the person causing the death” (emphasis added). “When the defendant and plaintiff … are the same person,” she (as defendant) argued, “there are no adverse interests” and so one side can’t be “against” the other. The court did not find this persuasive:

[It] overlooks the fact that in this case Ms. Bagley acts in distinct legal capacities. These legal capacities ensure adverseness. Ms. Bagley as heir and personal representative is incentivized to diligently litigate to obtain money for Mr. Vom Baur‘s heir and estate [that is, herself]. Ms. Bagley as tortfeasor defendant is likewise incentivized … because a failure to cooperate with her insurer in mounting a defense would breach the insurance agreement and absolve her insurer of any obligation to pay insurance money [to her] as damages in this suit. Though the statutes require adverseness, that requirement is met here because of the distinct legal capacities inhabited by Ms. Bagley. A different person acting as plaintiff and defendant is not necessary in this case.

I … guess? The bottom line is that, in the court’s view, nothing in the statutory language suggests that the legislature intended to prevent a person from suing himself or herself (at least in these circumstances). “These statutes simply do not require a plaintiff to be a different person than the defendant.” (This would not work in federal court, because Article III requires a real “case or controversy.” But a state doesn’t have to require that.)

Bagley had another argument why she should win (and lose), though: the court should apply “the absurdity doctrine.” Is that a thing? Sure it is! In fact, there are at least two different kinds:

Get that? The absurd-consequences canon—and that really is in desperate need of a hyphen, by the way—says that if a phrase has two possible meanings, and one would yield absurd results, pick the other one. The absurdity doctrine, the court says, lets a court rewrite language that’s otherwise clear because it causes something absurd to happen. And that, courts are much less willing to do. Some will. But in Utah, the court says, we “will not apply the absurdity doctrine unless the operation of the plain language is so overwhelmingly absurd that no rational legislator could have intended the statute to operate in such a manner.” (Emphasis added.)

This seems like the “rational basis” standard, under which a statute won’t be found unconstitutional as long as you can come up with some reason it isn’t completely bogus (as opposed to strict scrutiny, which applies to laws that likely are bogus because, for example, they discriminate). It’s very deferential to the legislature, which in most cases is not just appropriate but required. So this is not that unusual. But the formulation is interesting because it suggests “rational legislators” could come up with something absurd and this court still wouldn’t get involved as long as it’s not overwhelmingly absurd. Trust me, that line is very hard to draw.

And the court speculates that the legislature “could have reasonably intended to allow a person acting as an heir or personal representative to sue him or herself as an individual tortfeasor” for a couple of reasons. Maybe it helps the heirs, maybe it helps the estate’s creditors. It’s not really clear how, and of course it is virtually certain that the legislature never considered the question at all. But because it could have intended this, the court holds, “we cannot employ our absurdity doctrine to rewrite the statutes in this case.” It also refused to consider “public policy” arguments, which it saw as another invitation to rewrite the statutes. There is another statute that might bar recovery here, the court noted, but it said the lower court will have to consider that on remand.

I’m sure the court intends to limit the decision to its facts, but it seems entirely willing to allow people to act in different “legal capacities” in the same lawsuit. Will that lead to more autolitigation going forward? I sure hope so.

Carjacker in Jesus Cape Believed to Be “Religious Nut”