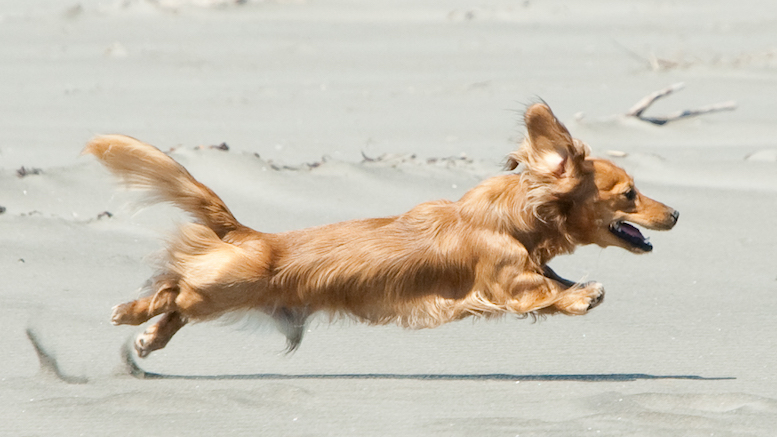 As you may recall, last April the organizers of the “Arena-Weina Extravaganza” were forced to cancel the dachshund race that is usually the highlight of that event after somebody pointed out that “live dog racing” is illegal in Idaho and so conducting such a race would be a felony. This is probably true, although the statute is not very clear and no one disputes that it was intended to ban pari-mutuel greyhound racing, not annual wiener-dog exhibition races on which no money is wagered. Still, the law’s the law, or at least the fear that someone would take that position effectively killed the event, disappointing many humans and protecting no dogs.

To the rescue came Rep. Clark Kauffman (R-Filer), who on February 2 introduced HB 104. This bill would have amended the existing statute to add the following exception:

So, not to the rescue of all dachshund racers, but at least those who want to have the event at a county fair. According to the Boise Spokesman-Review, the specific fair Kauffman has in mind is, not surprisingly, his local Twin Falls County Fair, which would like to book an attraction that features “mini-dog races” and a “Puppy Party Playpen” for post-race petting purposes. Since that, according to some people, would constitute one or more felonies, Kauffman decided to take action.

The bill passed overwhelmingly in the House, although three representatives voted “no” for reasons that were not immediately clear. They may or may not have had the same concern later expressed by Senate Minority Leader Michelle Stennett (D-Ketchum), namely that an unscrupulous individual might try to evade the ban by making a track only 150 feet long and making the dogs run back and forth repeatedly:

I guess the thing I keep getting hung up on is, [Stennett said], yes, it says 150 feet, but who’s to say they don’t run back and forth for a race…. It doesn’t say ‘once 150 feet.’ … I know that this, in all fairness, is a reflection of a very sweet wonderful thing down in Twin [Falls County]. I’m just trying to think if there’s any way this could be abused … for something we hadn’t preconceived.

In any event, the Senate is trying to address this concern in an amended version of the bill, which would state that the ban

Emphasis added. I guess that works, although I think “maximum race length” is all they need. They should also move the “county fair” limitation up, because sticking it at the end after all those commas makes it unclear whether it applies throughout. So they could just say the ban

shall not apply to exhibition-style live dog races conducted at county fairs , provided that the maximum race length does not exceed 150 feet.

Frankly, I think the 150-foot limitation would probably take care of the training and betting issues all by itself, so they could probably drop the language crossed out above, too.

Again, none of this would help the Extravaganza organizers, because that isn’t a county fair. And why should they not be allowed to hold that event? So here’s a final suggestion: drop all the above and just say that the ban “shall not apply to exhibition-style live dog races provided that no participating dog has one or more legs more than four inches in length.” Or however long they are. I don’t know, call a dachshund expert.

Man, this legislation stuff is harder than it looks.

No-Dueling Promise May Be Dropped From Kentucky Oath