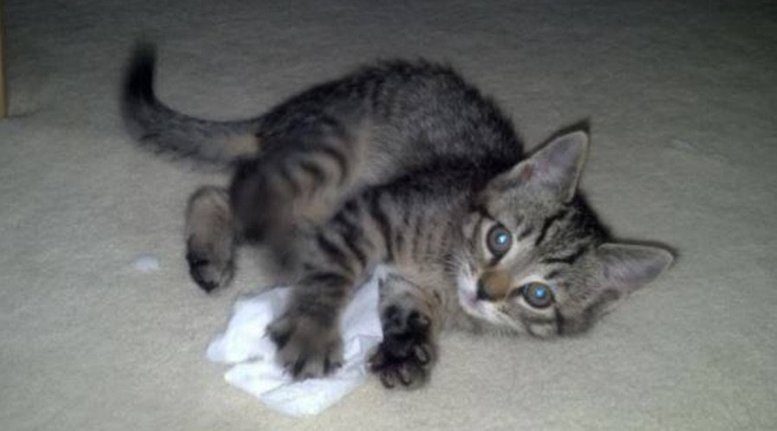 Credit where credit’s due—this is a great title for a brief filed in a case against Buzzfeed:

Sure, they could have just called it “Plaintiffs’ Opposition to Defendants’ Motion to Dismiss”—the footnote says that’s what it is, and also where the kitten picture can be found—but then you probably wouldn’t be hearing about it. You have to be careful with humor in a brief, of course, but this is pretty good.

Although the argument is less than compelling.

The case has to do with Buzzfeed’s publication of the “secret dossier” of alleged Trumpian activities about which I’ll assume you’ve already heard. Buzzfeed took a chance on publishing that, because as it conceded when it did so, much of the dossier is unverified and possibly unverifiable. Trump was and is a “public figure,” of course, so (despite all the talk about “amending libel laws”) he would be very unlikely to win if he sued for defamation.

Not everybody mentioned in the dossier is a public figure, though, and the plaintiffs in this case say they aren’t. They sued Buzzfeed and its publisher, Ben Smith, in Florida, alleging the publication defamed them. As to whether Buzzfeed might actually be liable for this, the answer is a clear “maybe,” according to this analysis by Eugene Volokh. The issue now, though, is whether Buzzfeed or Smith are subject to personal jurisdiction in Florida. They moved to dismiss the case or get it transferred to New York, and this latest brief is the plaintiffs’ opposition.

The complaint starts by setting forth, as lawyers must, each party and what each shall henceforth be called:

I hasten to add that the complaint and brief are well-written overall, and yet here, as always, we have this. Given these parties, would you be confused later by a reference to “Webzilla”? Or “Buzzfeed”? Or any of these? No! Does the author think you’re stupid? No! Can he help himself (or she herself)? No!1

Anyway. The plaintiffs say they are named in the dossier as being involved in Russian efforts to influence the election. They allege the statements are false, that Buzzfeed and Smith acted unreasonably (“perhaps one of the most reckless and irresponsible moments in modern ‘journalism'”), and that plaintiffs have been harmed by the false statements. Defendants aren’t taking on those charges yet, only saying that they can’t be sued in Florida because they aren’t subject to jurisdiction there. 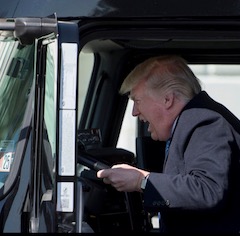 What does that mean, he asked rhetorically, to begin a paragraph lawyers can skip? If somebody wants to sue you, they can’t just do it anywhere. It violates due process to force somebody to defend a case in a state they don’t live in or have any contacts with. So for example, if the President is pretending to drive a big truck and accidentally releases the brake and runs you over, but you survive and then move to Guam, you can’t sue him in Guam. You can sue him in the state (or district) where he lives, or the state where he ran you over. It’s fair for either of those states to exercise personal jurisdiction over him, in other words. (You should sue him in federal court so he can’t claim immunity, but the same rules apply.) But if you sue him in Guam, he’ll move to dismiss, and he’ll win. That’s what Buzzfeed’s doing here.

This is trickier, though, because with defamation the plaintiff and defendant may never have been in the same place. It’s easy for Buzzfeed and Smith to show they don’t live in Florida, and they do that. But plaintiffs claim defendants harmed them in Florida by publishing the dossier there, among many other places.

Buzzfeed points out that this is an interesting claim, given that the plaintiffs appear to live in Cyprus, Luxembourg, and Texas respectively.

The one human plaintiff, Aleksej Gubarev, is a Russian who lives in Cyprus (not a “Cypress, Florida,” the Cyprus in the Mediterranean). XBT is a company he founded, and Webzilla is an XBT subsidiary. While both companies allege they have Florida offices, Buzzfeed says neither is even listed as a tenant in the relevant buildings, and that there’s actually another business at XBT’s address. So, it argues, it’s hard to see how it could have injured any of the plaintiffs in Florida if none of them are actually there.

In response, the plaintiffs have a great headline, and the kitten picture. It’s not clear to me they have much else.

They concede Gubarev lives in Cyprus; in fact, other than the caption and the quotations from the dossier, Gubarev’s name appears once in the brief. They also concede XBT has nothing to do with Florida except that it has subsidiaries there. But assuming those are in fact separate corporations, they don’t count; those are different “people” for this purpose. (Plaintiffs say XBT’s corporate offices are in Cyprus, which also doesn’t help them.)

While Webzilla is apparently incorporated in Florida, and that’d make it a Florida “resident,” plaintiffs don’t say much about what it actually does there. Its financial director is a Florida resident, works “from Florida,” and will “personally go to the office to pick up the mail” if Webzilla gets any. It has a bank account and pays taxes in Florida, they say, but don’t say how significant either one is. (I have not looked at the supporting material, though, except for the kitten picture.)

Plaintiffs have a lot to say about the defendants’ connections to Florida, but most of that has nothing to do with this libel claim. For example, I guess Buzzfeed gets pageviews from an article called “The 101 Most Insane Things That Have Ever Happened in Florida,” and sells ads based on the pageviews. But since that’s not the relevant article here, who cares?

There is a 1984 libel case where the Supreme Court held there was jurisdiction over Hustler magazine in New Hampshire just because it sold magazines there. (People there read the articles, I guess.) Maybe, but that is a pretty narrow (and pre-Internet) case that to me seems inconsistent with more recent Supreme Court decisions on jurisdiction. Webzilla might have a shot with this argument, but on the whole plaintiffs’ arguments seem weak to me. Good brief! Weak arguments.

Again, though, the kitten is super-cute.

1 In the next paragraph we have this: “the Federal Security Service of the Russian Federation (‘FSB’).” That is fine, for reasons I hope are obvious. Except that the next time they mention the FSB, they do the same thing again! What was the point of doing it the first time, then? Argh.

No Quantum of Solace

Hussein Can Poke American Eyes With Own Hands